St. Louis City and scores of other Missouri municipalities may soon see an end to a lengthy legal battle involving some $500 million in disputed cell-phone taxes.

Since University City and 21 other cities filed suit in December 2001, wireless phone companies the likes of AT&T, Sprint, Verizon and Vodafone have argued that they should not be taxed at the same rate as regular phone lines. Landline phones typically pay local governments anywhere from seven to ten percent of a customer’s monthly bill in a “gross receipts surcharge,” also known as a license tax. 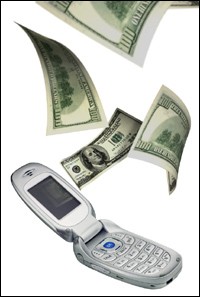 A tax holiday for cells?

This week the first of the wireless carriers involved in the class-action litigation is expected to reach a settlement with the cities. Other settlement negotiations are ongoing. Just last week St. Louis County Judge Bernhardt Drumm Jr. was to rule on summary judgment motion involving AT&T, but that hearing was continued until September as the carrier continues its negotiations with cities. AT&T is not expected to settle this week.

“We’ve been in talks off and on with cities for months, even years,” says AT&T spokesman Kerry Hibbs. “We’d love to see this settled, but like any issue it will require compromise."

AT&T is currently paying taxes to 116 Missouri municipalities “under protest,” in which the funds are put into a special escrow account. “The whole tradition of these taxes dates back to when the phone companies were tearing up streets and erecting phone lines on public land,” states Hibbs. “The taxes were supposed to repay the cities for that burden. But that’s not the case with cell phones.”

John Mulligan, attorney for University City, disagrees. “Wireless calls to traditional telephones still travel over landlines,” argues Mulligan. “Why then should one phone technology not pay the tax when the other does?”

Moreover, as consumers have canceled their landline phones for wireless service, many cities have seen their tax base drop dramatically. Mulligan says University City collected nearly $800,000 in telecom taxes in 2000. Last year the city collected less than $500,000. Statewide, Mulligan estimates the amount of disputed or back taxes involving cell phones now reaches more than a half-billion dollars.