Homes of the St. Louis Stars

Of this we can be reasonably sure: Robin Leach will never arrive in St. Louis to shoot an episode of Lifestyles of the Rich and Famous. Leach's famous tagline, "Champagne wishes and caviar dreams," don't compute in Missour-uh. And we certainly don't have those bus tours like they do in Hollywood -- the ones that showcase the megamansions of movie stars and entertainers. 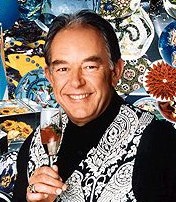 In St. Louis our celebrities -- for the most part -- are professional athletes or reclusive business owners who've amassed fortunes selling pharmaceuticals, libations and rental cars. And while their homes may be magnificent, to our knowledge no one has ever thought of putting them on tour.

Introducing Virtual Globetrotting, a Web site that provides tours of exotic locales the world over, including our very own St. Louis. We stumbled across the site today when searching for information about beer baron August Busch III. Not only does Virtual Globetrotting display photos of the Busch mansion as seen through Google Maps and Windows Live Local (which captures incredibly detailed "Bird's Eye" images from a low-flying airplane), it also provides links to dozens of other local celebrity manors.

We see that Nelly's casa is indeed worthy of a spot on Cribs and understand why President George W. Bush would choose to stay at the luxurious compound of his friend and campaign contributor Stephen Brauer during his visits to St. Louis.

Virtual Globetrotting bills itself as a Web site that is "all about visiting exotic locations from the comfort of your home." The site allows anyone to post images provided they meet the moderator's approval. That said, how accurate are the images? We checked the addresses of Cardinals players Jim Edmonds and Albert Pujols as provided by Virtual Globetrotting and the St. Louis County Department of Revenue and found they matched up. 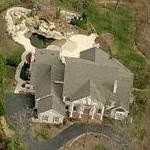 Anybody home? Jim Edmonds' humble abode
Our only questions now: What the hell does Jimmy Baseball do in that gaudy swimming pool of his ? And why on earth is Pujols still living in that chintzy McMansion?