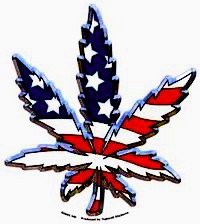 Earlier this week the Center for Cognitive Liberty and Ethics, a narcotics advocacy group in the vein of the ACLU, released a study entitled Life Sentences: Collateral Sanctions Associated With Marijuana Offenses, which compares the stiffness of marijuana penalties from state to state. The research delved into the "collateral penalties" (i.e., loss of government-regulated privileges such as child adoption and federal housing assistance) for misdemeanor pot arrests and felony convictions, which in some cases were on par with violent crimes. States were given a number ranking based on the severity of pot-related sentences.

In the rankings, Florida, at a 74, ranks as the most hard-line state, with penalties for pot offenders sometimes exceeding those for murderers, rapists and armed robbers, including denied access to student loans, child adoption and voting rights, among others. While some seemingly obvious southern candidates (Alabama, South Carolina and Virginia) also rank in the "severe" category, surprisingly, some states with reputations as liberal hippie havens, like Massachusetts, also fall into this group.

So how does the Show Me State stack up? Not too shabby, actually. Missouri was the fourth-most-friendly state in the union to stoners unfortunate enough to get caught, receiving a score of 34, coming in just behind New Mexico (at 29 the least strict), Rhode Island and New York.

The upside to getting busted in Missouri includes: no loss of adoption rights, laws preventing employers from discrimination based on a criminal record and maintaining the right to carry firearms.

Missouri tends to be lenient toward suspended driver's licenses and voting rights as well.

The bummer? Get busted with a felony-size stash and you won't be serving on a jury, receiving public housing assistance or buying munchies with your food stamps anytime soon.