That's Why They Play the Games

The wags around the Cardinals press box call Rick Hummel "The Commish."

Unreal doesn't call him that; Unreal doesn't call him anything at all. We pretty much just try to stay out of his way. After all, being the dean of the St. Louis Post-Dispatch Sports section -- and on the cusp of being enshrined in the National Baseball Hall of Fame in Cooperstown -- Hummel's got a job to do, while Unreal's usually satisfied with the happy-to-be-there aspect of the situation, and the free peanuts and popcorn. 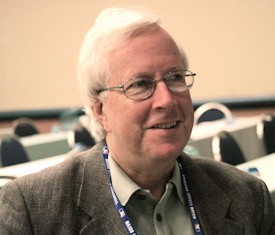 A third-grade teacher had a box of pencils to use as prizes for her students. If 1/10 or the pencils are green, 1/2 of them are white, 1/4 of them are blue, and the remaining 45 pencils are red, what is the number of blue pencils?
(Though it still chafes our heinie that the media-relations gang down at Busch banned us from the clubhouse last year after we reported on opening day that some of the pitching staff goes commando [scroll down].)

Anyhoo, we were a whit perplexed this morning when we opened our Post Sports section to find Hummel's page-two expostulation entitled "Brew ha ha." In it, Hummel (did we mention he's going into the Hall of Fame?) performs some mathematical gyrations on the remaining regular-season schedule and concludes that the Milwaukee Brewers have a "strong" potential advantage over the Redbirds, by virtue of the fact that the Brew Crew will play

The Cardinals, meanwhile, will play

"39 games against teams with winning records and 49 against losing clubs."

All true. But what Hummel doesn't take into account is that the Cardinals and the Brewers are scheduled to play each other ten more times this year.

If we take those games -- which pit a team that currently sports a losing record (Cardinals) against a team with a winning record (Brewers) -- out of the equation, we are left to contemplate these thought-provoking numbers:

Spellbinding! (Did we mention Hummel's on his way to the Hall of Fame?)

Actually, the schedule does potentially favor the Brewers, above and beyond the fact that they get to play the lowly Cardinals ten more times, while the Cardinals must contend with the mighty Brewers ten more times.