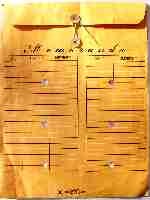 You know the drill: After the jump...

(Yeah, they're a little ripe, but you should see my Inbox.)

After 30 years as an editor and writer at the Post-Dispatch, Lifestyle editor Nancy Miller is retiring.

Most of you know Nancy as the calm, classy presence at the helm of Lifestyle -- a post she has held since the late 1990s -- and our specialty feature sections, Let's Eat, Explore and Healthy & Fit.

Nancy joined the Post-Dispatch in 1977, shortly after the last spittoon was carted out of the newsroom and the first computer carted in. In those days, most journalists were neither healthy nor fit. Because the Post-Dispatch was an afternoon paper, Nancy's copy editing shift began at 4:30 a.m. By the 9:15 a.m. break, she recalls, the veterans were leading a parade across the street to the old Press Box for a belt of beer and scrambled eggs before finishing the shift.

After a while, Nancy missed working in the midst of news gathering, as she had in her previous job as an assistant city editor at the Arkansas Democrat in Little Rock. In 1982, she headed west to become our St. Charles bureau chief. The team of reporters worked in a sloped-floor office on North Main street, while local eccentrics wandered in and out. The reporters typed their stories from night meetings in front of a big picture window. It was a little like working in an early reality show, Nancy says.

Eventually, curtains were hung over the window and Nancy moved back downtown to work as an assistant suburban editor. The next year, she became suburban editor, responsible for the St. Charles Post and three twice-weekly zoned editions and the 20-plus people who put them out. In the early ´90s, she became an assistant city editor. She often filled in as city/metro editor and as the People column writer. In the late ´90s, as the newsroom reorganized, she became Lifestyle editor, later adding oversight responsibilities for Let's Eat, Healthy & Fit and Explore. She also wrote a personal column on Page 2 of Lifestyle for the last three years.

Nancy says, "There's no perfect time to retire, but I'm comfortable with this timing. I'll freelance some, travel some, maybe try some fiction writing, and learn to relax and smell the roses, Tropicanas or cream-colored ones, once I get them into the ground.

"It's been an absolute privilege to work with so many amazing journalists. I 've learned something from so many of you and had so much fun with you, and I wish you all the best in your lives and in your careers."

Nancy's last day in the office will be May 17. Please join us in wishing her all the best.

We are pleased to announce that Carl Green is the new Metro Coordinator.

Carl, who replaces Ron Wade, has been night metro editor since September 2005. In that role, he has provided a steady hand navigating the deadline demands of the night job while leading our evening coverage.

We expect Carl will keep the same unflappable demeanor in his new role overseeing production of the daily Metro sections.

We hope to post the night city editor job opening soon, but in the meantime, will be rotating folks into that role.

We also are pleased to announce that Lisa Manns will be assuming new duties on the Metro Desk as swing editor.

In that position, which has been unfilled for some time, Lisa will serve an integral role making sure the Metro Desk gets stories assigned, copy edited and deadlines met. She also will back up various other editors overseeing reporters and production.

Lisa will start in her new role on Monday, May 14, when she returns from vacation.