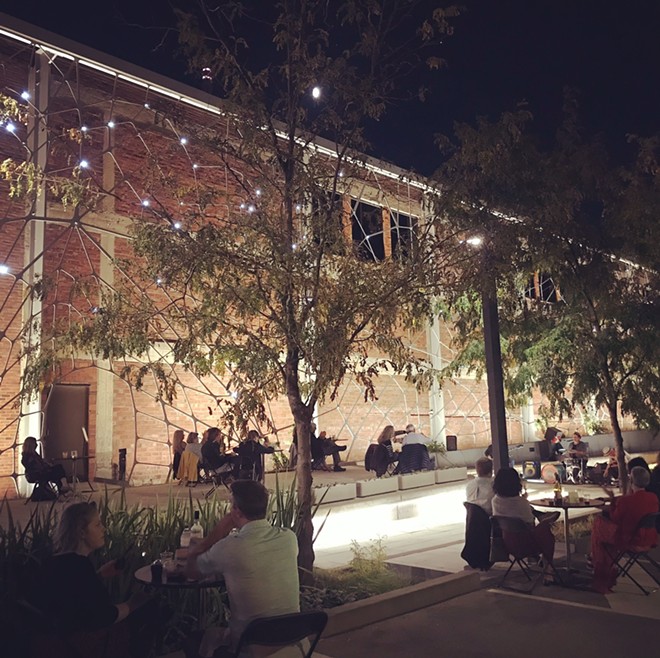 In the middle of a heat wave, it’s hard to remember that cool, crisp fall weather is coming, which is also the perfect picnic weather. And, just in time for that perfect weather, The Sheldon’s “Picnics on the Plaza” event is returning with three outdoor concerts from St. Louis musicians.

On September 17, the concerts kick off with veteran midwestern blues band Uncle Albert and end on October 8. The three concerts will all begin at 7:30 p.m. at The Sheldon’s Steward Family Plaza (3648 Washington Boulevard).

Roland Johnson takes the stage on September 30. A press release calls Johnson one of St. Louis’ “reigning soul men.” And we have to say, we agree — this performance had us dancing along with Johnson.


Next up on the roster for the finale on October 8 is Devon Cahill and The Bronx Cheers. Devon Cahill is a singer-songwriter from St. Louis “with sounds rooted in wistful folkiness, greasy honky tonk, and elements of jazz” according to the press release. The band promises to bring a jazz twist to their indie folk and pop music.

Tickets cost $20 for a table of two guests, $40 for a table of four guests. There’s actually no need to even pack a picnic basket. The Sheldon provides you a boxed dinner and drinks for an additional $20. Vegetarian dinners are also available for purchase. Dinners must be bought two days before the event.

For those 21 and older wanting to relax further, bottles of wine can be bought for $30. A bar will also be on-site but can only take credit cards. Picnic tables are socially distanced and allow two to four people to be seated. Masks are required when not seated at your table.

Advanced registration is required, so purchase tickets at thesheldon.org.