'The Lot on The Landing' Concert Series in St. Louis Kicks Off 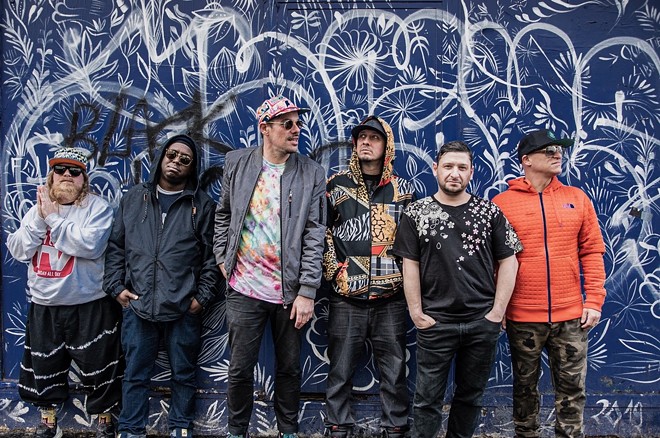 A new outdoor concert series kicks off on September 18 with a mission to revitalize a piece of St. Louis.

Drew Jameson and his company, Jamo Presents, have been trying to keep live music, well, alive throughout the course of the COVID-19 pandemic. Last year, the group worked with the health department and city health officials to bring an outdoor concert series, titled “The Lot,” to downtown St. Louis for seven weeks. That effort was followed up by a slate of shows at City Foundry, as well as an ongoing roster of events at Tower Grove Park.

Now, Jameson is venturing into new territory, he says, while also giving back to the community with a new outdoor concert series dubbed The Lot on The Landing. Jameson says he's excited to bring attention to parts of the city that don't get as much action as other parts — in this case, to Laclede’s Landing (1000 North Leonor K Sullivan Boulevard, St. Louis), right next to the riverfront.

The concert series is a joint effort between Jamo Presents and the STLMade campaign, an initiative of Greater St. Louis, Inc. The venue will reside on property owned by Great Rivers Greenway along the Riverfront Trail, part of a network of greenways across three counties.

“The Lot on the Landing concert series is another step in the Landing’s next chapter as a comfortable and vibrant urban neighborhood on the doorstep of Gateway Arch National Park and downtown St. Louis,” Brian Minges, president of the Laclede’s Landing Community Improvement District, says in a press release. “We are excited that our friends at Jamo Presents are building on the Landing’s unique legacy for great music.”

Until October 10, guests can catch performances by artists including Talib Kweli, Cherub and more. There will also be food from Sugarfire, cocktails from STL Barkeep and beer from Schafly. Jameson hopes to bring the special feelings of community he created through the success of the Lot last year to the new event.

“[The Lot] ended up being a really community building, positive thing in a moment where I felt the city was really hurting,” Jameson says. “Coming in with the name 'The Lot' again is a fitting moment for us and also just, you know, doing some good for the community again.”

One band Jameson is particularly excited about is the Dead South, which will play the venue on September 25. Described by Jameson as a “viral YouTube phenom,” the Canadian band plays bluegrass music. Jameson has worked with the Dead South previously.

“It’s just a wild time, a really good show,” Jameson says. “A little behind the scenes, I’ve heard them doing their warm up songs and they’re playing like Canadian metal music to pump themselves up to play these bluegrass hits. I love working with bands like that, it’s totally quirky and fun. They’ll be a really good time.”


Other can't-miss acts according to Jameson include a Grateful Dead tribute with Keller Williams putting a bluegrass spin on the band’s music on October 1. Talib Kweli will be joined on September 18 by other up-and-comers for a “hip hop showcase type energy,” Jameson says. A silent disco finishes the series on October 10.

Jameson wants to add more local music acts to the lineup, as well. Hopefully, every show will feature some local act before the national ones take the stage.

“I think to try to bring in and continue the roots of this thing, drawing from community and local even though we’re showcasing national acts, trying my best to balance out that act or lineup is important,” Jameson says.

Safety in the pandemic has remained important for Jameson, especially as they watch how the delta variant impacts the region. Jameson said the series will continue to evolve to remain a safe space in the face of the pandemic. Since Jamo Presents faced “every obstacle possible” and a wide range of scenarios last year as they put on concerts, Jameson feels equipped to handle this series. As long as bands want to come and it remains a safe environment for guests, the show will go on.

The Lot on The Landing has been in the works since before the COVID-19 pandemic, so to see it come to fruition is incredibly exciting for Jameson.

“It took something as crazy as a pandemic for us to actually pull the trigger on doing it,” Jameson said. “It feels really great every single time and this is going to be the biggest one we’ve done yet.”

Tickets are on sale at jamopresents.com and shows are for guests that are 21 or older, unless accompanied by a parent or guardian. The tickets range from $13 to $100 for VIP service.