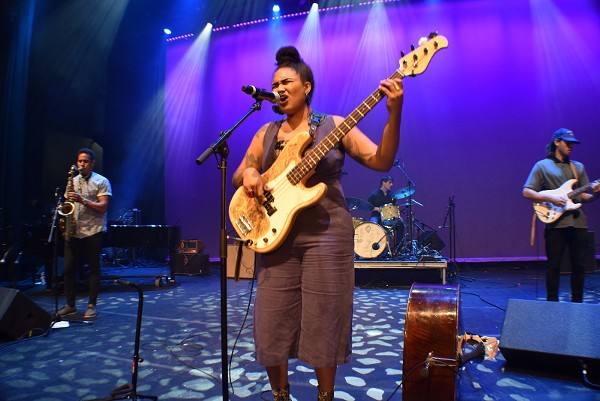 Here in St. Louis, we’ve had our eye on Tonina for a long time. She was our favorite “rising star” just a few years back and now the crazy-talented musician is moving to Los Angeles to take a job as an audio engineer.

The genre-crossing musician has been making headlines since she started taking the stage and she has countless musical accomplishments under her belt. In addition to graduating from the Berklee College of Music in Boston, the bassist and singer made a Spanish-language album and was named one of the best new artists of 2018 by NPR.

But that wasn’t even the coolest thing that happened for her in 2018 — that year she also made the list of Barack Obama’s favorite songs of the year.
Her time in St. Louis has been busy, with Tonina headlining festivals and playing gigs at nearly every stage in town. She even recorded her own version of Laura Branigan's version of “Gloria” when that inescapable song took over all of St. Louis as the St. Louis Blues won the Stanley Cup.

You can catch her for the last time as a hometown girl tonight at the Stupp Center in Tower Grove Park. Tickets are $15 for general admission and you can go to TicketWeb.com now to secure your spot.