'The Life and Music of George Michael' Is Coming to St. Louis 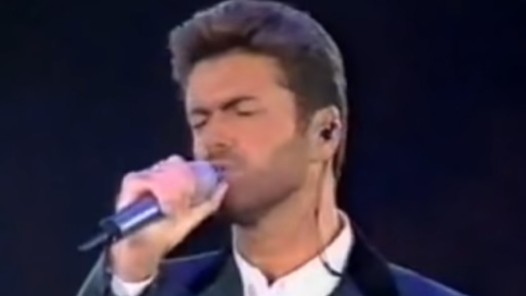 Billed as a “theatrical-style concert,” the performance chronicles Michael’s career, personal life and his relationship with his fans.

While casual fans might only know Michael as one of the guys from Wham! or as a tabloid sensation later in his life, Michael was actually one of the most gifted singers of his generation. Able to express complex emotion with his powerful voice, Michael is worshipped even after his death by those who weren’t blinded by his pop star persona and could appreciate his boundless talent.

“This show is going to honor George Michael’s career and be a celebration for his fans,” says producer Ralph Schmidtke. “Over the years, George’s popularity has continued to grow and The Life and Music of George Michael will give fans a glimpse of his life and hear all the songs they have come to love.”

The show has some big shoes to fill. Michael was a Grammy Award winner who sold over 115 million albums across four decades. His 1987 release, Faith, was one of the biggest albums of all time and throughout his career he released hit after hit including “Wake Me Up Before You Go Go,” “Careless Whisper,” “Father Figure,” “Faith” and “One More Try.”

Tickets to the show are on sale now and range from $20.50 to $40.50. Guests must be 21 to attend and tickets can be purchased at TheLifeAndMusicofGM.com at the River City Casino Box Office one hour before show time the night of the performance.


And if you haven't yet had to opportunity to be convinced of Michael's once-in-a-lifetime talent, take a look at the video above. Just his vocal prowess is enough to win over any viewer, but the story behind this performance gives it even more gravity.

The video shows a clip of Michael performing "One More Try" at the Concert of Hope on World AIDS Day in 1993. The Concert of Hope was held at Wembley Arena and was a benefit concert to raise awareness of and to raise funds for those living with AIDS.

Michael didn't come out until 1998, so his relationship with Feleppa and his personal grief was unknown to the audience at this time. Still, George Michael somehow got through an entire six-song concert at this benefit and not only did he manage it, he all but burned the stage down with his passionate performance.


Email the author at [email protected]