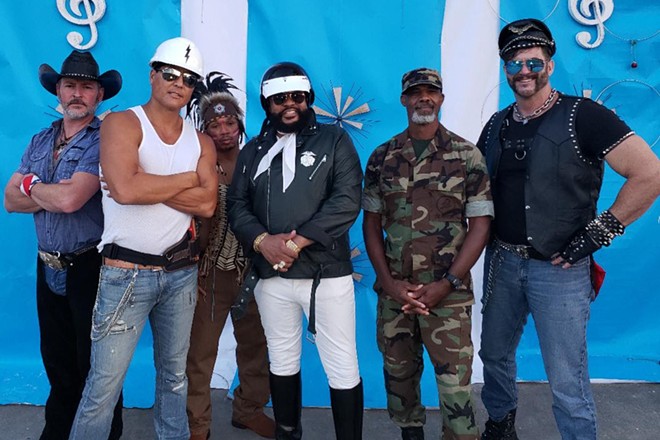 Pride month is over but that doesn’t mean that the celebrations have to end. If you’re down to experience some 1970s classics (not to mention a very important slice of queer history), you’ll definitely want to get tickets to see the Village People in St. Louis.

From a press release:

“The music of Village People has become part of the international songbook with hits like “Macho Man,” “Y.M.C.A.” “In the Navy” and “Go West.” The group has received many honors and awards over the years including the American Music Award for Favorite Musical Group, a star on the Hollywood Walk of Fame, and the cover of Rolling Stone. Village People has sold more than 100 million records worldwide and continues to break records. In 2004, BMI recognized “Y.M.C.A”. as exceeding one million airplays and in 2017, “Y.M.C.A.” made UK's Official Millionaires Chart which celebrate songs that have reached 1 million in combined sales/streams.”


As you can see from the photo, the group doesn’t include all of the original members, but it does have founding member and original lead singer Victor Willis, and the group will be performing with a live band behind them for a bit of an extra thrill.

And let’s be honest, a few drinks in you won’t care who is dancing up on that stage, you’ll just want to do the “Y.M.C.A.” Visit RiverCity.com to secure your tickets.