New 3,000-Capacity Venue the Factory Set to Open in July in Chesterfield

Live music is coming to Chesterfield in a big way this summer with the opening of a 3,000-capacity space dubbed the Factory.

The gleaming new venue is situated just off I-64 at the Boone Crossing exit, and the team behind it has just this week announced its grand opening, with a July 16 performance by Canadian EDM producer and DJ Deadmau5. It’s just one part of an eclectic roster of shows currently on the books that also includes performances by rapper Jelly Roll, pop-punk acts Simple Plan and New Found Glory, comedian Nikki Glaser and bluesman Buddy Guy.

The 52,000-square-foot, newly built building that houses the venue is seeing the finishing touches to its construction now. It’s one piece of an ambitious development project called the District that will replace the Chesterfield Outlets.

“The District is being completely renovated to be an entertainment and food and beverage destination,” explains Brian Carp, chief operating officer of the Factory. “So all the retail’s going away. Gap closed yesterday, Polo’s going away, Banana’s going away, all those retail ancillaries are going to stop. The Polo building will come down; there’ll be a gathering area in the middle flanked by four restaurants with outdoor patios. It will really kind of be an open-door welcome area in the center of the District. And then everything between Topgolf, Residence Inn and us will be all of these different types of entertainment features.”

Those entertainment options will include pickleball courts, escape rooms, volleyball courts and mini golf, among others, Carp says. The Factory will serve as the anchor for the west side of the development, with a location of the Texas-based family fun center Main Event holding down the east side.

“We really envision this as you park once, and there’s things for everyone in the family to do,” Carp says. “Everybody joins back up for dinner, and then, you know, some people could come over here and see a show or do the types of things or go to Topgolf or whatever it may be. So really, the first destination like this anywhere in the country. Places have a music venue, places have Topgolf, places have Main Event, but there isn’t anywhere in the United States that has them all in the same location.”

Carp was tapped to helm the Factory due to his decades of experience in the business at venues across the country. He’d previously held management positions at music halls across the U.S., including the Fox Theatre in Boulder, Colorado, and the House of Blues locations in both Anaheim and Dallas. He acknowledges that heading to Chesterfield for a concert might be something of a tough sell for some city-dwelling folks, but his experience in the industry tells him that can be overcome if the booking is solid enough.

“When I worked for Live Nation, we did a study when we relocated the House of Blues in Anaheim, that people will drive up to 50 miles for a show without really considering the distance,” Carp explains. “So what we see is all the way from the east side from Belleville and Alton and all those areas, anybody who’s coming across the river for entertainment purposes, this isn’t that much further. Then there’s the St. Charles, St. Peters, Wentzville area. And then how far is it really for a kid at Columbia to jump in the car to drive 90 minutes to see a show?”

In order to pull the caliber of acts that could convince concertgoers to make those drives, the Factory has secured an exclusive booking deal with veteran production company Contemporary Productions. Contemporary is something of a powerhouse in the St. Louis area, one which previously developed and owned Hollywood Casino Amphitheatre when it was still called Riverport and served as one of the Pageant’s original partners in its early days.

Jeff Jarrett, senior vice president for Contemporary, says the group is intent on booking a wide range of entertainment options.

“We’re going to have every type of show possible,” he says. “I won’t go through every genre of music — you know what those are — but we’ll do comedy. We’ll do, you know, kid shows, we’ll do lectures, we’ll do speakers. We also, while this is a concert venue first, it is open for private events, private parties. So it’s a great place for corporate events or, you know, weddings, if you want to somehow get married in a rock venue. But we’re going to be as open as everyone will allow us.”

“We want this to feel, not necessarily like a community center, but an asset to the entire community, right?” Carp adds. “We want to do hip-hop, we want to do EDM, we want to do rock & roll, we want to do country, we’re gonna have pop in here, we want to have jazz, we want to do plays, you know, that don’t have a bunch of set changes and those different types of things. The kid shows that Jeff mentioned. This facility is designed to be able to handle any type of production.”

Part of the Factory’s ability to cater to just about any event is the flexible nature of the venue’s layout. In its full, 3,000-capacity setting it includes the floor area, which can remain open or have seats added depending on the show, a large second-floor balcony and an elevated area in the back with tables and chairs. But the space is modular, with a sliding wall that can close off the back of the space. Depending on the configuration, Carp explains, they can scale from a 1,500 cap to 2,100, then to 2,350 and up to the full 3,000. This has already come in handy in terms of releasing new batches of tickets when a show sees more interest than originally anticipated, and it’s good for the relatively smaller shows in ensuring that a band doesn’t have to look out from the stage and see a half-full room.

There are myriad thoughtful details like this that show the level of attention the team put forth to anticipate every possible problem or need. The multiple bars in the venue, for instance, are deliberately set up so that the stage is not in sight when you are ordering a drink; this is to help prevent a bottleneck in the line that might come if showgoers were able to lean back and drink there while watching the band. The sightlines are such that no seat in the house is a bad one, with those more to the side up on the balcony cited as some of Carp’s and Jarrett’s favorites in the building. Naturally the lighting and sound rigs are state-of-the-art, but they are also modular and easily removable so that acts who prefer to use their own equipment can do so with little effort.

“We’re thinking about the guests’ experience,” Jarrett says. “But we’re also thinking about the tour manager and the production manager that come in, and what the bands are going to do all day when they park three buses and sit at the venue. So we kind of thought, like, ‘Let’s make the experience good for everyone.’”

In all, the team behind the venue say that they want to help ensure the St. Louis area is recognized more as a destination for touring acts than it is at present — even if they are doing so from a Chesterfield base of operations. Carp explains that their intention is not to steal shows from the venues in the city, but rather to add another option for when those venues are already booked.

“All those bands that skip St. Louis, well, most of the time they’re skipping St. Louis because there’s nowhere for them to play,” he says. “So we see this as one plus one equals three, not necessarily having to cannibalize shows from other people in the market.

“We want this to feel like we’re all St. Louisans that are proud to be able to provide something for St. Louis,” he adds. “That’s really been the mentality of the design and development. Our goal in operating this place is to give back something to St. Louis.” 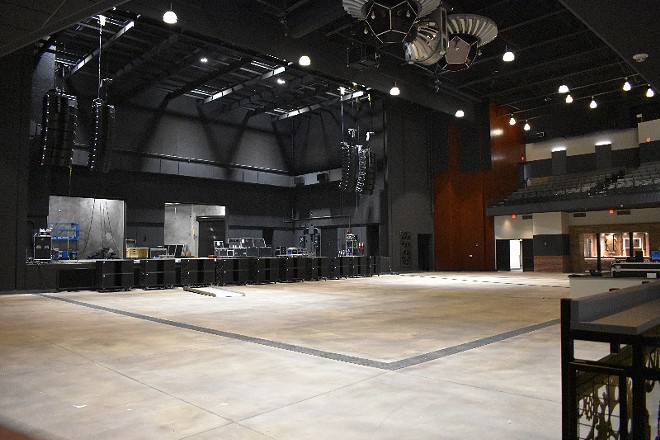 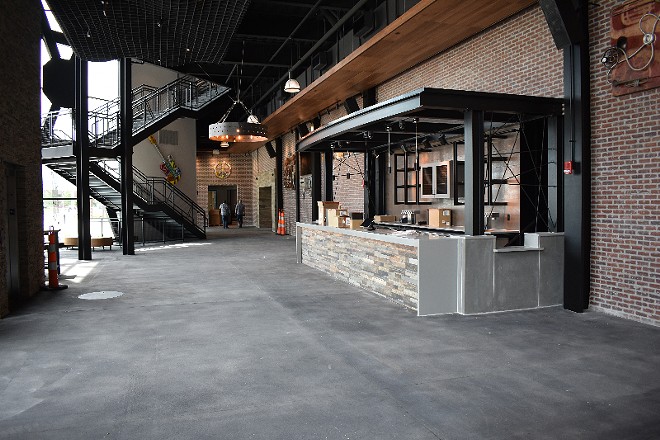