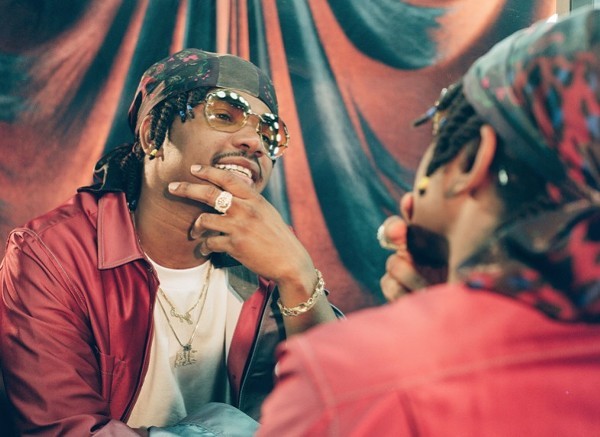 If music streaming services aren't particularly good at getting artists paid — and, truly, they are not — one thing they can be useful for is getting the names of up-and-coming acts out into the world.

To wit: Apple music has launched a new series of curated playlists this week highlighting lesser-known artists from regions across the U.S. One such playlist, dubbed "The New Midwest," features a number of names that will be familiar to those involved in St. Louis' thriving hip-hop scene.

Some of those names are more recognizable than others. Producer ChaseTheMoney has seen his star rise steadily in recent years, working with the likes of Chance the Rapper, J. Cole, Ski Mask the Slump God, Trippie Redd and many others. Rapper Smino, too, is well on his way to being a household name by this point, having released music with T-Pain, J.I.D., Saba and Noname, as well as his fellow Zero Fatigue member Bari, who also features on the New Midwest playlist.

Other St. Louis artists on the list — 30 Deep Grimeyy, Nuski2Squad, Rahli — are less well-known (for now) but undeniably on the rise. And if Apple Music's new initiative plays out as intended, they'll see their breakout moments sooner than later.

"Launching these... new regionally focused playlists allows us to shine a light on the vibrant local communities producing some of the most progressive sounds in hip-hop," Ebro Darden, Apple Music's Global Editorial Head of Hip-Hop and R&B, says in a statement. "It's always been a priority to connect with artists and listeners at the community level as we champion discovery and emerging artists from across the map."

Unsurprisingly, the bulk of the New Midwest playlist comprises artists from Detroit, undeniably a hotbed of talent in the region. But it also includes artists from locales with less buzz, including Flint, Louisville, Columbus and Kansas City.

"[With] the occasional exception (Eminem, Big Sean) Midwest rappers have mostly lived — and thrived — in their own hyperlocal bubbles, creating idiosyncratic sub-styles that have branched far off the evolutionary trunk of mainstream hip-hop," Apple Music says of the new playlist. "Calling back to the days when Michigan and Ohio were the funk capitals of the country, this playlist celebrates the voices, flows, and humor of one of the busiest — but most underrepresented — regions in rap."

Like Apple Music's other curated playlists, this one will be regularly updated, so be sure to add it to your library and check back frequently for more rising new artists — St. Louis or otherwise.

"Regional hip-hop scenes have only grown in importance over the years and we're confident these new playlists will help spotlight tomorrow's superstars by giving them a global platform," Apple Music hip-hop programmer Cyle Tahsini says. "We're excited to accelerate discovery and connect artists with new fans."

We're excited about that, too. Now maybe consider paying them fairly? Just a thought.

You can listen to the new playlist below or on Apple Music at apple.co/3rkLR1y.