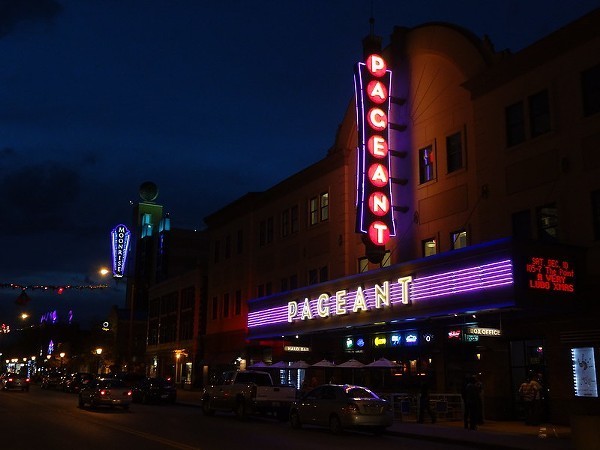 The news comes via a post on social media.

"Goodbye 2020! (don’t let the door hit you in the a** on your way out)," the post reads. "But first, we want to take a minute to thank everyone that helped pull off our Glimmer Of Normalcy series. All the bands, all the fans and our staff — we couldn’t have done it without you! Now, we’re going to take a little break and wait for the worst of Covid Winter to pass. Raise a glass to 2021 & we’ll see you soon!"

The break comes after what could be called a successful run of shows under the most difficult of circumstances — "successful," of course, being a relative term in times of increased costs and decreased capacities. The celebrated local venue spent months closed completely after the novel coronavirus upended the live entertainment industry in March, only finally reopening its doors in September for its "Glimmer of Normalcy" series.

"COVID-19 is very real. If you're not comfortable coming to a show, we get it," talent buyer Robert McClimans said at the time. "But if you are ready to try seeing live music again, give us a shot!"

That series of shows featured increased sanitization and safety measures to slow the spread of COVID-19 and to prevent concert attendees or staff from getting infected. The Pageant's slate of precautions were among the most strict in the city, including a mask mandate, enforced social distancing and even a prohibition on standing or dancing at your seat.

In all, it amounted to a relatively safe time, and a way for bands, fans and staff alike to get back to something that resembled their regular routines. A number of St. Louis' finer acts took advantage of the opportunity to perform on the Pageant's stage — albeit for a much smaller crowd than usual, capped at only 336 people — including Beth Bombara, the Street Fighting Band, Jake's Leg, and of course a whole slew of shows by Pink Floyd tribute act El Monstero.

But with COVID-19 positivity rates at dangerous highs, the club's ownership decided it was best to press pause.

“We don’t want to be acting like everything is wonderful," managing partner Pat Hagin tells the Post-Dispatch. "We’re trying to do the right thing. The pandemic is just getting worse. There’s not much justification for doing something now. It’s time for our country and world as a whole to pull back and hunker down.”

The Pageant's owners currently have no concrete plans as to when it will open again — Hagin says "late February or early March" at the soonest. The next show listed on the venue's website is a performance by Canadian indie pop act Walk Off the Earth, but if the last eleven months have taught us anything, it's that plans can change at any time.

Regardless of when, we're looking forward to celebrating the Pageant's twenty-year anniversary upon its return. Sure, that technically came in 2020 — but if any year has ever warranted a do-over, it was that one.