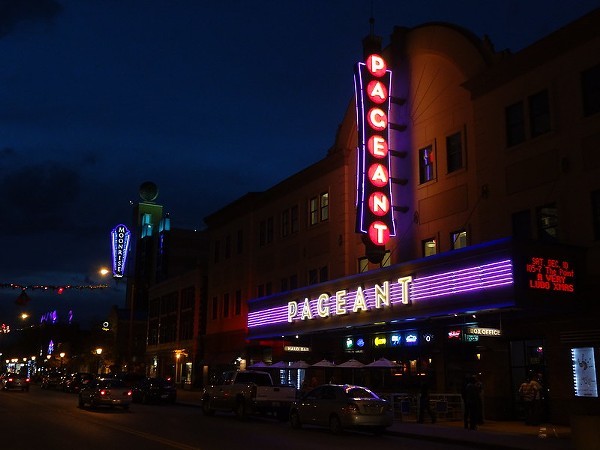 After closing for almost seven months due to guidelines meant to stop the spread of COVID-19, one of St. Louis' most celebrated venues is gearing up at long last to welcome music lovers back.

The Pageant (6161 Delmar Blvd, 314-726-6161) announced its “Glimmer of Normalcy" series today, with five new in-person shows on the books beginning in late October — the first such events at the venue since the coronavirus pandemic upended the entire live entertainment industry back in early spring.

The series is co-sponsored by KSHE (94.7 FM) and, in keeping, the music on offer mostly tends toward the classic rock genre, with a slate of tribute acts performing the music of the Allman Brothers, Tom Petty, Electric Light Orchestra and Elton John.

But the series will see some original music from some of St. Louis' local scene stalwarts as well — a dual album release show from the Sleepy Rubies and John Henry, which had originally been slated for July at Off Broadway before it (like everything else) was postponed.

According to Robert McClimans, talent buyer for the Pageant, the venue plans to play host to live music every weekend through the end of the year. And, of course, the venue will have extra health precautions in place due to the ongoing pandemic.

"We are EXTREMELY socially distant — 332 tickets in what can be up to a 2300 capacity building — and all conceivable precautions are being taken," McClimans writes in a social media post. "If you're anti-mask, don't bother coming — we won't let you in."

In addition to the mask mandate and significantly reduced capacity, the venue will conduct temperature checks upon entry and enforce social distancing throughout the show. Seating will be reserved, and guests are required to remain in their seats unless they are getting up to leave or use the restroom. Standing or dancing, even at your seat, is not permitted. (A full list of the venue's COVID-19 precautions can be found here.)

Much like other venues in town that have recently begun to host live music again, including Old Rock House, the Sheldon and the Dark Room, the Pageant's programming will lean heavily toward local acts for the time being — an economic necessity as much as it is a practical one. Simply put, shows featuring more inexpensive local artists are cheaper to put on than those with touring acts, a financial reality that becomes inescapable when ticket sales are down drastically due to reduced capacities.

"The costs for us, for utilities and tech crew and rent and all that stuff — that doesn't just go away," McClimans said of hosting touring acts in an interview with RFT back in May. "So if we can only open to a quarter of it and our expenses are staying reasonably close to the same, from the business perspective, opening up at that level doesn't seem to make a lot of sense."

In all, nothing about 2020 could possibly be what the Pageant imagined its twentieth(!) year in operation would look like. But at least it's finally able to open its doors and allow people to see music on its stage again.

"COVID-19 is very real. If you're not comfortable coming to a show, we get it," McClimans writes. "But if you are ready to try seeing live music again, give us a shot!"

Check out the Pageant's current slate of shows below, and keep checking back for additions at the venue's official website.