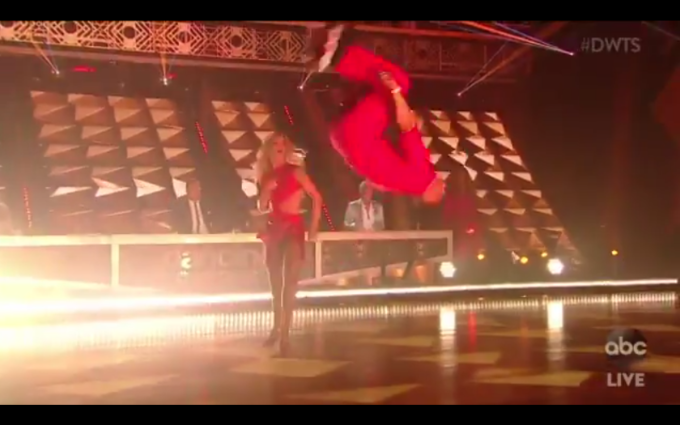 Dancing With the Stars, an inexplicably popular televised dance competition that is now confoundingly in its 29th season, saw the kickoff of its 2020 festivities on Monday — and fans saw St. Louis' own rap superstar Nelly busting out his best Ozzie Smith impression.

Nelly is one of the titular "stars" in this season of the show, alongside various other big-name celebrities including Backstreet Boys singer AJ McLean, actress Anne Heche and Carole "That Bitch Carole Baskin" Baskin. He's paired up with professional dancer Daniella Karagach, winner of many awards for her craft.

Their Monday night routine started off with what would appear to my entirely untrained eye like good dancing, set to the tune of Nelly's own hit, "Ride Wit Me." Hips were shaken, arms were flailed, there was twirling, butts were showcased. These elements are all important to the art form, as I understand it.

Oh, and there was a motorcycle at one point, too. That doesn't have much to do with dancing, but it is pretty cool.

But the really cool part came at the end of the number, when the 45-year-old Nelly up and did a gotdang backflip like some kinda thirteen-time Gold Glove-awarded professional shortstop or something. Not since 2002 in Cooperstown have St. Louisans seen one of their own put forth such an upside-down display of athleticism on a national stage. It's enough to bring a tear to the eye.

It also begs the question: How many other famous St. Louisans are capable of such acrobatics? Has John Goodman been holding out on us? Does Michael McDonald have ups? How much of T.S. Eliot's life was spent mid-air and upside-down? The mind boggles.

Watch Nelly's dance routine from the show for yourself below, and maybe start practicing those flips — as a city, it looks like we have a reputation to uphold.