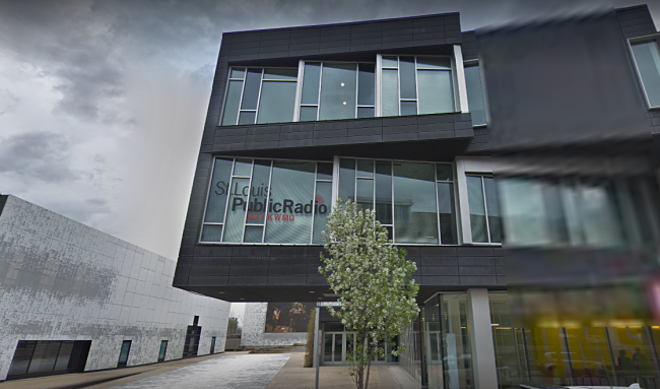 In a pair of posts published on Medium Friday afternoon, employees of St. Louis Public Radio (KWMU 90.7 FM) have alleged that there is a culture of racism at the station.

Multiple staffers and former staffers tweeted in support of the posts. That included science reporter and Story Collider producer Eli Chen who also announced her departure.

"After 4 years @stlpublicradio, next week will be my last," Chen wrote on Twitter. "This was a hard choice, since I loved being a local science reporter. But STLPR’s leaders need to change the station’s toxic culture or journalists of color will continue to leave."

Accompanying her tweet is a post on Medium entitled "Racism Exists At St. Louis Public Radio. Acknowledge it." The byline is listed as "STLPR Reporters & Producers of Color." The post alleges a culture of racism at the station that results in its employees of color being marginalized and unsupported by senior leadership.

"Since 2013, the station has hired about 20 journalists of color to work in the newsroom and on the We Live Here podcast," reads the post in part. "More than half of them have since left the organization. We consistently have to fight our editors to get stories about race and communities of color told with nuance and accuracy."

In addition to that post, a second article was penned by Marissanne Lewis-Thompson, the station's afternoon newscaster. Titled "Complicit, Complacent, Or Racist Adjacent — I’m Not Here For Any Of It," Lewis-Thompson, who is Black, echoes those concerns, saying she feels "betrayed" by the station.

I never thought I'd be sharing my experience @stlpublicradio with you all in this way. But recent inaction has led me to speak up and out. Let it be VERY clear... complicit, complacent, or racist adjacent — I’m not here for ANY of it….https://t.co/zbS22s2eC0


"I’ve read a lot of disheartening and downright disturbing threads about the public media industry," Lewis-Thompson writes. "Journalists of color have been mistreated, dismissed, and blackballed for speaking out about the deep-seated systemic racism and discrimination in this industry. It bothers me that their very REAL concerns are being minimized."

Both posts mention that a group of employees had submitted a formal letter to general manager Tim Eby raising concerns about Robert B. Peterson III, the station's now-former director of radio programming and operations. Lewis-Thompson writes that more than two dozen employees had signed the letter, which called for Peterson's departure and was delivered to Eby on July 1.

She writes that Peterson discriminated against Jade Harrell, a member of the programming team and the station's sole Black on-air announcer, by denying her opportunities and treating her differently than white employees.

"Robert accused her of cheating her timesheet for showing up 15 minutes early for her shifts," Lewis-Thompson writes. "She showed up at the exact same time as her white colleagues who were on that shift. Robert then tried to force her to sign a document to confirm that she was 'committed' to her job. When she refused, he withheld training and advancement opportunities from her. Roughly seven months after Jade was hired, Robert hired another part-time on-air announcer. This new employee — a white woman — was trained to host the midday and Morning Edition shifts within two months."

She says that they'd hoped Eby would hold Peterson accountable for his actions.

"That did not happen," Lewis-Thompson writes. "Instead, Tim announced Robert’s retirement on July 21. Instead of acknowledging the harm, Tim noted in an email 'Robert’s unwavering enthusiasm for St. Louis Public Radio and the people in this organization.' A retirement celebration for Robert was canceled only after repeated complaints from staff."

Lewis-Thompson also alleges multiple instances of racism she experienced personally at the station while Eby was present — but silent.

In November 2018, she writes, Eby approached Lewis-Thompson's desk and introduced her to one of the station's donors, a white woman, who commented, “I’m so happy they hired someone who looks like you.” Lewis-Thompson was taken aback, left wondering what her skin color has to do with her ability to do her job.

"And while she continued to focus on my 'looks,' I was looking at my general manager, hoping he would speak up," she writes. "Tim did nothing but make a face and turn his head away. Others who heard the comment didn’t say anything either. I found out later this same donor had said problematic things to my other Black colleagues including that they didn’t 'sound Black' on the radio."

Lewis-Thompson says Eby later apologized for the incident in April 2019, after other employees of color confronted station management about problematic donors and sources.  The station went through a two-day diversity training program in June 2019, which Lewis-Thompson describes as "useless."

In August, Lewis-Thompson says she had another awkward encounter with a person Eby had just introduced to her. She says she was in the station's lobby when Eby, who was standing with an elderly Black man and a white man, called her out by name.

"He introduced me. We talked for a bit," she writes. "Then the Black man said I wasn’t what he pictured. I asked what he meant. He said, 'You don’t sound, you know, ethnic.'

"I was stunned," she continues. "Once again, I waited for Tim’s reaction. I was hoping he would say something to the man right then and there. When that didn’t happen, I thought Tim would at least acknowledge what happened as we rode the elevator together immediately afterward. He didn’t. Only after I had posted on Facebook about the comment did he apologize — an hour later."

Though Peterson and Eby face the brunt of criticism from both Medium articles, they are not the only members of leadership who are called out by name. Executive Editor Shula Neuman is mentioned in both posts — the group bylined article notes an incident wherein a Black reporter was offered an opportunity to travel with a youth group to Virginia to report on the anniversary of the first African slaves being brought there in 1619. The post alleges that Neuman denied the reporter's request for housing and food, saying that the story wasn't "big enough or worth covering."

It also says that the team of journalists chosen to report on the five-year anniversary of the death of Michael Brown did not initially include the station's sole Black male reporter, and that Neuman "said this reporter had not demonstrated the ability to tell these kinds of stories."

Lewis-Thompson, meanwhile, writes that Neuman was aware that an unnamed supervisor treated her differently than anyone else in the office.

"I noticed how the supervisor was supportive of my white colleagues and their story ideas," she writes. "I noticed that every time they spoke to me, they’d sigh and their body language would change. I noticed how they were quick to count me out and not give me opportunities to prove myself."

Lewis-Thompson brought these concerns to Neuman, who said she'd talk with the supervisor. But the issues persisted, she says.

"Shula and I had many informal 'check-ins' that year," she writes. "I told her that this person’s behavior could be seen as implicit bias. She said she believed what I was telling her. Then off-handedly she said the person’s actions were 'kind of racist.' The three of us talked a lot in 2018. Things did get better."

In Lewis-Thompson's view, though, the situation with the supervisor should never have been allowed to get as bad as it did.

"The moment Shula saw that there was an issue, she should have dealt with it," Lewis-Thompson writes. "She should have pulled me aside and asked if things were okay. She didn’t. Her inaction led to unnecessary trauma."

The RFT asked Eby for comment on the allegations in the Medium posts and Chen's departure. In response, he emailed the following statement:

"Just as St. Louis Public Radio has reported on issues of racial inequality in our society, we too have a responsibility to carefully examine and address issues of diversity, equity and inclusion within our own organization.

"We are not unlike other newsrooms across the country who are re-examining the experiences of people of color in our ranks and we are dedicated to learning more and finding improvements in our processes as well as our practices to support a welcoming and inclusive environment."

The group bylined article closes by asking the station's leadership to acknowledge their issues with racism and take action. It stops short of calling for a financial boycott, though.

"After reading this, we’re aware that you might consider pulling your donations, but please be aware that could hurt reporters’ livelihoods more than it would hurt leadership, whose jobs are more secure than ours," the post reads. "We’re asking you to share our story, ask questions, and demand action from leadership at St. Louis Public Radio."

Meanwhile, Lewis-Thompson has made clear she has no plans to allow the allegations to be swept under the rug.

"If I am terminated or face retaliation for speaking out, please know that my integrity is intact," she writes. "As a journalist, my job is to hold ALL in power accountable. Our general manager and senior leadership team are not exempt from that."

Correction: This story was changed after publication to clarify details surrounding the station's plan for covering the fifth anniversary of Michael Brown's killing.