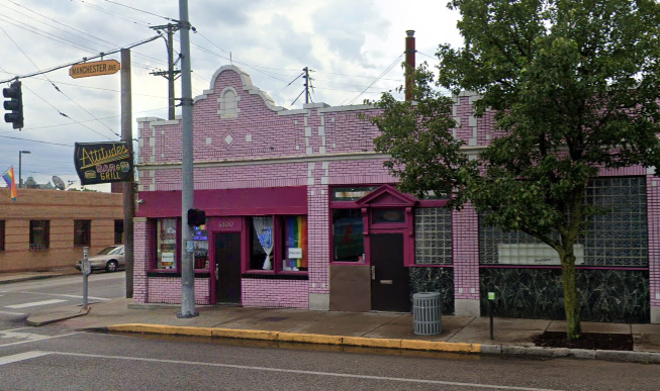 The closing of St. Louis' longest-running gay bar and drag venue was attributed to the uncertainty that the coronavirus pandemic has brought to the industry at large, and was announced on its Facebook page in a lengthy statement.

"One of my fondest memories of Attitudes will always be the nights that we would start off with only the pub side open," the statement reads in part. "It would be packed as guests waited anxiously to be let into the club. At 10 p.m., we would open the club doors with music playing, laser lights beaming and fog misting in the air. People scattered out searching for their table, for their spot that they owned for the night. Life was Good!

"But now, we are living in a time where we don’t know what the future looks like," the statement continues. "So many businesses, especially in the hospitality industry, have been hit hard by this pandemic. It has been rough, but we can’t thank our current staff enough for how hard they have been working during this time. They’ve worn masks, followed CDC guidelines, and kept everyone safe! And all the while, they worked to provide some normalcy for you to enjoy a fun night out."

In the end, though, the shaky footing the bar industry sits on due to COVID-19 proved to be too much.

Attitudes' owners had already put the nightclub up for sale back in 2018. And that's after Jann Brigulio, who opened the club in 1988 and retained ownership of the building ever since, had swooped in to save the bar in 2016 after leasing it to Dan Stoner the year prior and moving to California. Stoner's run lasted less than a year, and his announcement that he'd be closing it took Brigulio completely by surprise.

She promptly returned to St. Louis to make sure that wouldn't happen. She hoped she could sell the building and business, and she knew that she had better odds of making that happen if the club remained open.

"If I get the right price, I would sell it," she told RFT at the time. "Until that time I need to get something going on in there. I’m not about to let that space sit there."

According to the bar's recent statement, the building itself has since sold, but everything within it is still up for grabs. Those who are interested in purchasing some of those items are encouraged to reach out to Brigulio via email at jannbrigulio@yahoo.com.

The closing of Attitudes is just the latest in a string of recent shake-ups to the Grove neighborhood.

In June, arcade bar Parlor and vinyl listening lounge Takashima Records both closed their doors amid a storm of sexual assault allegations. It's unclear if or when those establishments will reopen, as the business partners behind them seem to be at odds with one another in the fallout.

Before that, in May, the midsize-capacity concert venue the Ready Room closed its doors and the building was put up for lease as the venue's owners seek out a new location.

Attitudes will remain open for the next week and a half, and then it will close its doors for good. The final day of operation will be August 15.

"Attitudes was a special space and became an iconic place for so many," reads the statement announcing its closure. "Remember what we said as you left for the night, 'You don’t have to go home, but you can’t stay here!' Now is the time we will all leave and take our memories with us. We sincerely thank each of you! It has been our pleasure to serve you for the last 32 years!"