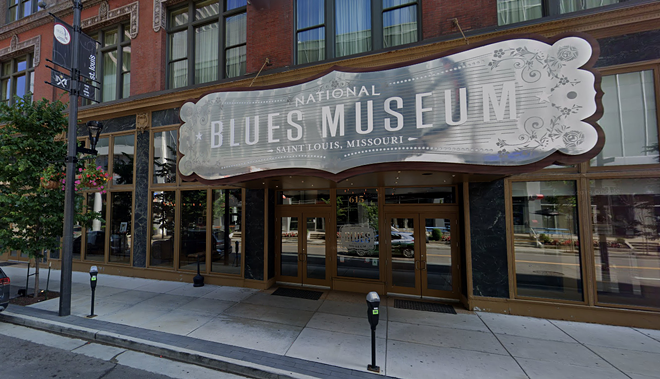 St. Louis' National Blues Museum will reopen its doors on July 1 and will play host to a weekly series of outdoor live music events through Labor Day, according to a press release Thursday afternoon.

The slate of shows has been dubbed "Al Fresco @ the MX" and will feature musicians performing each Friday from 4 p.m. to 7 p.m. The shows will take place on Sixth Street between Washington and Locust, just across from the building that houses the Blues Museum.

The street will be closed to traffic and converted into an outdoor dining space, according to the release, with tables spaced ten feet apart to allow for proper social distancing. Attendees are encouraged to purchase food from restaurants located downtown — Sugarfire, Hi-Pointe Burger, Pi, Gringo, Crazy Bowls and Wraps, and Snarf's are all nearby, the release notes — but there's nothing to stop you from bringing your own food, regardless of the source.

Tables and chairs will be cleaned after each customer, and MX Movies will project classic comedies on its outdoor screen during the events as well.

Admission to the events is totally free. The full lineup can be seen below: