Pande-Mix Playlist: The Flaming Lips' “Race for the Prize” 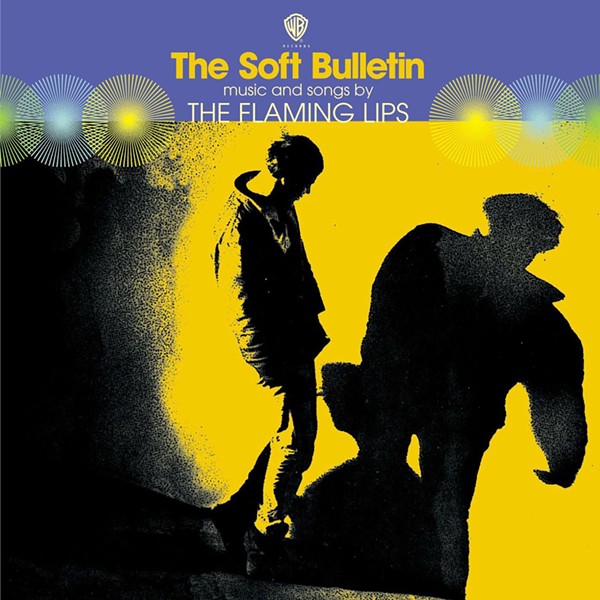 Each week, ex-KDHX DJ Chris Ward examines a song from his quarantine-based playlist dealing with isolation, loneliness, hope and germs. This song and more can be found on the Spotify playlist, “Pande-mix: an end of the world playlist”: https://spoti.fi/2WZGTJZ.

“Two scientists are racing, for the good of all mankind. Both of them side-by-side. So determined.”

What does it mean to permanently retire a favorite song? In scouring my brain for pandemic-related or pandemic-adjacent playlist songs, not once did this track spring to mind until, without reason, I was just standing at my sink. As Ray Stanz said, mouth hanging open: “It just popped in there.” The first 0.04 seconds of this song are in the indie rock Name That Tune Hall of Fame. The moment that gated drum hits, every time, is like someone rolling up a memory like a newspaper and swatting you in the face. Play it without warning in any coffee shop, and observe the instant Pavlovian responses.

I heard “Race for the Prize” for the first time the exact way everyone did: from someone you met in college, the first person you ever met who “collects vinyl.” As you wrestled with this new concept, making sense of why a Flaming Lips record — that one band with that one hit — was in the top 1 percent of their prized pieces of vinyl was the next mystery. In my case, it was future roommate and portal to the hi-fi lo-fi universe, Nick.

And, as cliché a High Fidelity plot point as this is, my introduction to The Soft Bulletin by a record nerd would set me on a life-changing path of new music discovery in my post-punk, post-emo, post-wallet chain years. To go from punk to the black-rimmed glasses world of the Flaming Lips in 2000 was something akin to a Clockwork Orange-style reprogramming. It is also the whitest of music fan trajectories.

With groups of friends and soon-to-be-ex-wives and ex-boyfriends, we stood slack-jawed though the 2000s at the confetti, inflatable ball and costumed animal spectacle that is a Flaming Lips live show. And as those friends and relationships changed, the Flaming Lips live shows did not. Fifth, sixth, eighth, tenth, fiftieth time…confetti, acid lights, giant Hulk hands, rinse, repeat. You could almost smash cut from me saying “The Flaming Lips? Really?” in 2000 to me and my friend Kate, both in rabbit costumes, in the pouring rain screaming our heads off at LouFest in 2012 (RIP LouFest).

That moment made it to the cover of Eleven Magazine (RIP Eleven Magazine), which seems like as good a time as any to close a musical chapter. Eventually, that thing happens that happens with all bands like the Flaming Lips who become part of the skin you live in. They become wallpaper. “Race for the Prize” became like “Yesterday” to me: a great song, and I never need to hear it again. Hell, it embodies “Yesterday” to me. To stare upwards at the vanguard at a Flaming Lips concert in the year 2000, the moment the lights go down, is to exist at the singularity of when your troubles seemed so far away. That is the prize you’ve raced to, and won. And you will never get it back.

This song and many more can be found on Chris Ward’s Pande-Mix playlist on Spotify.