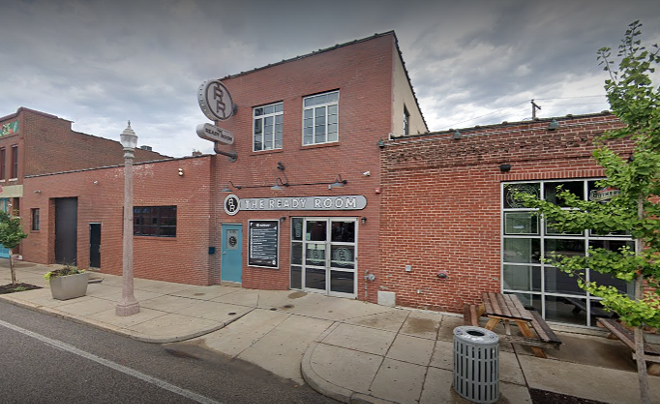 The Ready Room's current location has closed permanently, the RFT has confirmed, and the building it is housed in is currently listed for lease as the venue's owners seek a new space.

After a listing on a real estate website began making the rounds on Monday, RFT reached out to Ready Room co-owner and founder Mike Cracchiolo, who says the venerated venue is indeed shuttering operations in the space it is currently housed while he and his team seek a more viable location.

And naturally, because what would a news story about a shuttered business in 2020 be without a reference to coronavirus, Cracchiolo says blame for the closure lies squarely on the shoulders of COVID-19.

“Without knowing how long it’s going to take for the touring music industry to recover, it’s just not financially viable for us to stay in an expensive space and try to run shows under quarantine conditions," Cracchiolo tells RFT.

The real estate website lists the cost for leasing the space at $9,912 per month.

The Ready Room initially announced it had closed its doors due to coronavirus on March 18, but the move was meant to be temporary. "We have no target date," read a statement on Facebook, "but the earliest we foresee re-opening is June 1st."

But as it has become clear that the COVID-19 crisis isn't going away anytime soon, Cracchiolo says they were forced to make the closure of the building permanent.

That's not to say the team behind the venue are throwing in the towel altogether, though. Cracchiolo seems optimistic about the future, and says they plan to find a different space before the end of 2020.

"We’re treating this as an opportunity to retool the business and ideally we’ll land in a spot that’s a better fit for us later this year," he tells RFT.

The Ready Room first opened in 2014, an 800-capacity venue whose first show was by indie-pop act Of Montreal. In the years since it has played host to the likes of Ghostface Killah and Raekwon, SZA, Built to Spill, Big Freedia, Run the Jewels, Earl Sweatshirt and countless others.

Its upcoming show calendar included stops by the Darkness, the Sword and Surfer Blood before the venue closed its doors.

[Editor's note: An earlier version of this story said that the Ready Room would be shuttering its operations permanently; that is not the case. The owners are simply closing up shop at the venue's current location while they look for a different space. Cracchiolo says that, as of press time, nothing has changed for the venue except its location. We regret the error.]