Ticketmaster Changes Course and Will Offer Refunds for Postponed Shows 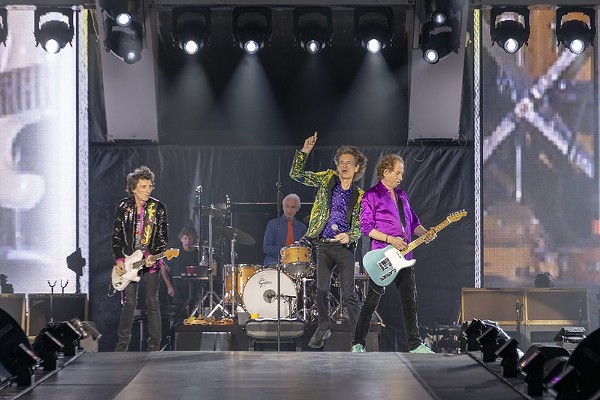 Ticketholders were left in the lurch in recent weeks as COVID-19 lockdowns resulted in postponements and cancellations of, well, pretty much every concert in the nation, even as the world's largest ticketing service quietly changed the wording in its policies to allow for less refunds than in pre-cornavirus days.

But now, after a fierce backlash, the ticketing giant has changed course, assuring in a statement that it "intends to honor our longstanding practice of allowing refunds on canceled or postponed shows."

The New York Times was the first to report on Ticketmaster's initial change in its policy. As cancellations and postponements ravaged the entire live event industry and ticketholders, many newly out of work and struggling, flocked to get their money back on those same shows, the ticketing service quietly changed the wording in its refund policy — which had long been in place for any shows that are rescheduled, postponed or cancelled — to read that, “Refunds are available for canceled shows.”

This left anyone who had tickets for a show that was postponed or rescheduled all out of luck.

“If your event was rescheduled, we are working with the event organizer to identify new dates, and we will contact you as soon as we have confirmation," the policy stated further.

The pushback was swift, with ire directed at the company by concertgoers and even some policymakers, including California state representative Katie Porter, who blasted the Cali-based organization in a tweet: "Exorbitant ticket fees for negligible benefits — now taking advantage of a crisis to line their pockets?" she wrote. "Next level.”

Ticketmaster, apparently, got the message.

"To be clear, Ticketmaster intends to refund as many tickets as possible in as timely a fashion as is feasible," Jared Smith, president of the company, writes in a statement. "We are working every day towards that goal."

Smith goes on to offer what he describes as "context" for the situation, explaining that on March 1, the company had more than 55,000 events on the books for the remainder of 2020. More than 30,000 of them were impacted by "government-mandated, and vitally necessary, restrictions on large public gatherings," as the statement puts it, with 12,000 cancelled outright.

"We are actively issuing refunds to every one of the purchasers of those events," Smith writes. "Roughly 5,000 events have already been rescheduled, and organizers have authorized us to issue refunds to consumers who request them."

As for the approximately 14,000 remaining events, Smith writes that promoters are working through rescheduling options, but that the uncertainty surrounding when venues may be open for business again has made the task more difficult. He insists that the company will offer refunds as soon as those events find new dates.

"Let me reiterate: neither our clients, nor Ticketmaster, intend to withhold refunds on postponed shows," Smith writes. "In fact, as of today, both Live Nation Entertainment and AEG Live, two of our largest event organizers, have announced they will begin to provide refunds, on a rolling basis, for all events impacted by COVID-19."

In all, it sounds like good news for ticketholders seeking refunds for shows in St. Louis, which in the Before Times actually had a pretty large number of high-priced tours coming through town. The Rolling Stones, Rage Against the Machine, Billie Eilish, Sturgill Simpson and many more were slated to come through St. Louis in the coming months. All of those concerts were impacted by the coronavirus restrictions on public gatherings. Now, it would seem those who shelled out big bucks and are hoping for refunds have a light at the end of the tunnel.

It should be noted, though, that more postponements and cancellations likely loom on the horizon.

"We fully anticipate more events will be impacted in the weeks and months ahead," Smith writes in his statement.

Let's hope they at least have the refund system more solidly in place by the time that happens.