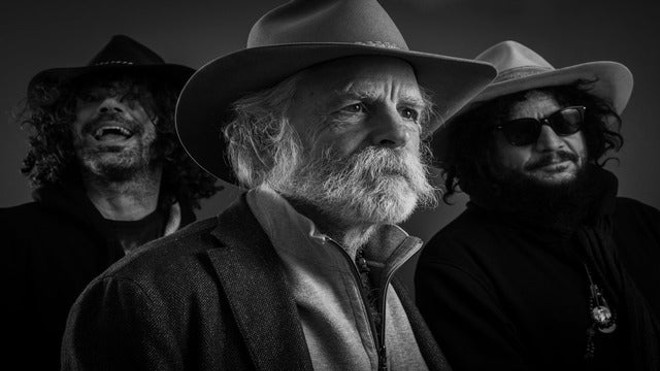 Concert cancellations over coronavirus concerns are coming fast and steady now, just one day after the World Health Organization declared the virus' outbreak a global pandemic.

Tonight's Galactic show at Delmar Hall is one of those canceled events. “There is nothing Galactic wanted more than to celebrate their 25th Anniversary with you," the band says in a statement. "Unfortunately, due to safety concerns surrounding specific dates on their upcoming run, Galactic is canceling their tour through the end of March."


Arlo Guthrie's Touhill performance, scheduled for March 18, has also been canceled. "After careful consideration and out of concern for his audiences, Arlo Guthrie will not be performing on March 18th at Touhill Performing Arts Center in St. Louis, MO," reads a statement from Guthrie's people. "Although we’re disappointed in this unexpected change to the 20/20 Tour schedule, we feel it’s best to be cautious and keep everyone healthy."

Bob Weir and Wolf Bros' March 18 performance at Stifel Theatre has been rescheduled to October 17. "The health and wellbeing of our live music community is of the utmost importance," reads a statement from the band. "So, while we all deal with the effects of coronavirus (Covid-19) we will be rescheduling our remaining Bob Weir and Wolf Bros headline dates."

Lo-Fi Cherokee, the annual one-day event wherein local acts take over several Cherokee Street venues each year and which was scheduled for April 11, has likewise been postponed. "Lo-Fi Cherokee 2020 is postponed due to Corona virus," reads a statement. "We plan to reschedule for a date in the fall."

Even smaller events are being rescheduled. A memorial show for Brandon Arscott, spearheaded by members of the local punk scene and planned for this Saturday (and dubbed one of the best shows of the week by this publication), was postponed this afternoon. "After much consideration we must announce with a heavy heart, that we made the decision to postpone Brando’s memorial show," reads a statement from one of the organizers. "Amid public health concerns and with the safety of all in mind, it seemed to be the only decision left for us to make."

These cancellations come in the wake of three that were postponed yesterday — Pearl Jam, the Zac Brown Band and Anna Burch all announced that their shows would not be taking place as scheduled. And this is in the same week that both SXSW and Coachella announced that they would not be going on as planned either.

In total, the canceled events are wreaking absolute havoc on the live music industry, with Live Nation's stock suffering a $1.8 billion loss in just one day.

And it isn't just music events that are being canceled. As of this morning, both the downtown St. Patrick's Day parade and the one in Dogtown have been postponed as well. The entire NHL season has been postponed indefinitely. Meanwhile, on the other side of the state, Kansas City has just announced that it is banning all events involving 1000 people or more.

The Post-Dispatch has an excellent running list of coronavirus cancellations in the city of St. Louis — check that out here. But even that is incomplete at this time, as cancellations keep rolling in.

In other words, if you are planning on attending an event, maybe check with the venue to be sure that said event is still going on. And remember to wash those hands!