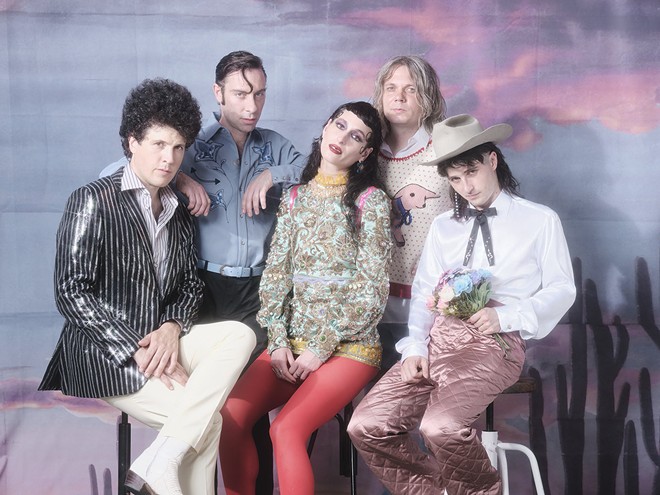 
Etienne Charles
7:30 p.m. Wednesday, March 4 through Saturday, March 7; 9:30 p.m. Friday, March 6 and Saturday, March 7; 6:30 p.m. Sunday, March 8. The Ferring Jazz Bistro, 3536 Washington Avenue. $10 to $36. 314-571-6000.
Etienne Charles has the academic bonafides to back up his study of American jazz, Afro-Carribean music, and the rich intersection of the two; as a graduate of the Julliard School and a faculty member at Michigan State, Charles is well-versed in history and theory. But as a native of the Island of Trinidad, he also feels the music in his bones, and his trumpet speaks the influences and traditions of the Carribean through to the amalgamation created by generations of New Orleans jazz artists. His landmark album Creole Soul gives away the game in the title, and his compositions and arrangements pay homage to a century’s worth of jazz traditions.
Plays Well with Others: Charles has performed with a diverse cast of collaborators from Wynton Marsalis to Roberta Flack to the Mighty Sparrow but will lead his own combo at this week’s stint at the Bistro.
—Christian Schaeffer

Les Gruff and the Billy Goat
8 p.m. Friday, March 6. Off Broadway, 3509 Lemp Avenue. $10. 314-773-3363.
Every neighborhood dive needs a band like Les Gruff and the Billy Goat, or at the very least, its complete recorded works on the jukebox. Music for drinking, dancing, foosballing, and shooting the shit comes no better than the back-to-not-really-so-basic-after-all honky tonk style the group, led by singer and songwriter Billy Croghan, and ably supported by a shrewdly-rocking rhythm section, contest-cutting fiddle work, and twin hard-core twangy guitar leads, the band has been building on its excellent self-titled 2018 full-length with some regional touring and a handful of new songs collected on a digital drop called Help Wanted. The twang will be fully employed at this weekend’s EP release party.
Mind the Tail: Local singer and songwriter Jakob Baxter, who also fronts the band Yard Eagle, opens the evening in the form of furry-hat-festooned alter ego Rovie Raccoon.
—Roy Kasten

The Black Lips
8 p.m. Tuesday, March 10. The Duck Room at Blueberry Hill, 6504 Delmar Boulevard, University City. $18 to $20. 314-727-4444.
There are few venues more appropriate for the Chuck Berry worshiping garage punks that comprise the Black Lips than the Duck Room, Berry's longtime base of operation before his death in 2017. The back of a flatbed truck careening off a cliff comes to mind, or maybe a cave deep in the wilderness where everyone ate far too many mushrooms — but in any case, the Duck Room is safer, and closer. January's Sing In A World That’s Falling Apart sees the band experimenting with far more country-music twang than previous releases, but it's still unmistakably Black Lips, replete with all the hooks and irreverence that have made the band a critical darling for more than two decades now. Still, it's not a stretch to expect some cowboy hats onstage at this one.
Bad Kids: LA rocker Poppy Jean Crawford and St. Louis' own Slow Boys will open the show.
—Daniel Hill