Rage Against the Machine and Run the Jewels Are Coming to St. Louis in May 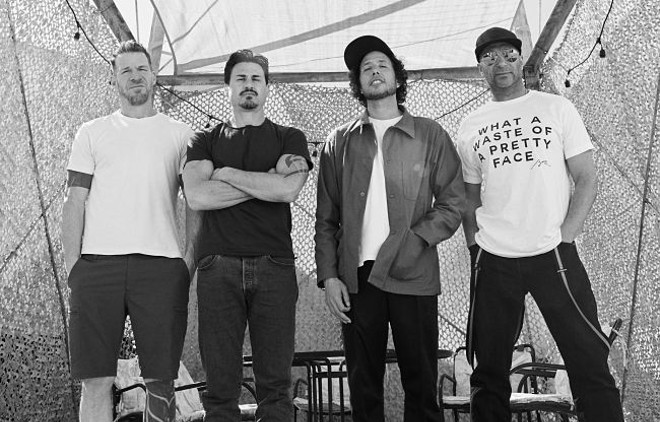 Massively influential LA rock band Rage Against the Machine announced a seven-month worldwide tour this afternoon, and St. Louis is one of the cities lucky enough to get a stop.

Joining the group on this tour will be rap duo Run the Jewels, supporting its new album RTJ4, set to drop this spring. Run the Jewels has collaborated with RATM frontman Zack de la Rocha in the past on "Close Your Eyes (And Count to Fuck" off of 2014's Run the Jewels 2.


It's been more than twenty years since Rage Against the Machine last came to St. Louis on a tour with the Wu-Tang Clan in 1997. The group disbanded in 2000, and has reunited twice since, most recently in 2019.

Run the Jewels, meanwhile, is a favorite in St. Louis, and even performed here in 2014 on the very day it was announced that former Ferguson police officer Darren Wilson would not be charged in the shooting death of teenage Mike Brown.

Watch the video for "Close Your Eyes (And Count to Fuck)" below:

Rage Against the Machine Run the Jewels tour St. Louis