The Best Shows in St. Louis This Week: February 6 to 12 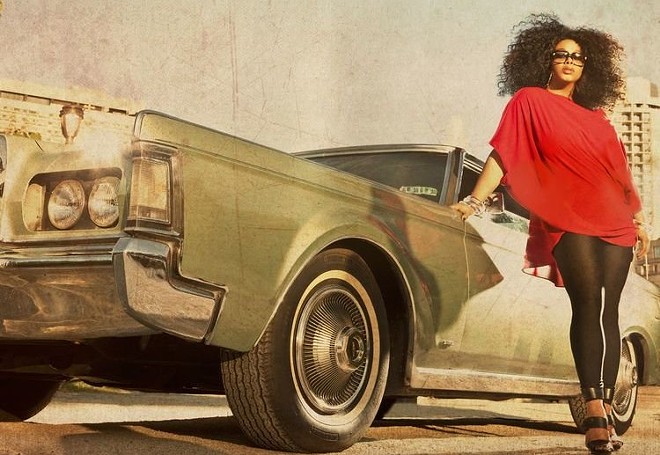 
Jade Jackson
8 p.m. Thursday, February 6. Off Broadway, 3509 Lemp Avenue. $10. 314-773-3363.
Given Jade Jackson’s career-launching association with Mike Ness of iconic Southern California band Social Distortion, you’d think she had her sights on punk iconography herself. And while Jackson can rock convincingly, she’s most impressive on last year’s Wilderness when she embraces hardcore twang, a kind of Bakersfield-meets-aching-Americana sensibility that matches her soul-scouring lyrics with glinting guitars, spacey pedal steel and melodies that can make you shiver along with her own shivering, rasping voice. While many of the songs were inspired by a devastating accident and just as devastating physical and emotional recovery, Jackson makes every line universal, wise, and unforgettable.
Hopes and Heroes: When Jackson was thirteen, she went to her first Social Distortion concert on her own. Ness and the band blew her way. Years later she was blowing her punk-rock hero away with her songs and voice.
—Roy Kasten

Marleyfest 13
8 p.m. Friday, February 7. Delmar Hall, 6133 Delmar Boulevard. $20. 314-726-6161.
It is certainly possible to be a rock & roll cover band and not perform the songs of the Beatles or the Rolling Stones; the best interpreters of blues music need not know the complete works of Robert Johnson. But if you’re a reggae band, you’d better have your Bob Marley down pat, from the frat-boy favorites to the Wailers deep cuts. And as St. Louis’ longest-running reggae band, the Murder City Players have internalized and expanded upon the genre’s biggest legend, and each year’s Marleyfest gives the band a chance to celebrate Marley’s legacy as well as other exemplars of the form like Dennis Brown and Peter Tosh. For this year — the thirteenth Marleyfest to date — MCP will be joined by Dubtronix’s Russ Rankin and Al Gibbs from Chicago’s Dub Dis.
Reggae Selector: Local record-store impresario, drive-time KDHX DJ and the only man in town to coordinate his own Trojan Records comp Tom “Papa” Ray will be spinning deep dubby cuts from his vast archive between sets.
—Christian Schaeffer

Jill Scott
7:30 p.m. Sunday, February 9. The Fox Theatre, 527 North Grand Boulevard. $46-$196. 314-534-1111.
When singer/songwriter/actress/certified diva Jill Scott comes to your town, you stand at attention. That's because Scott has been churning out silky smooth, grown-folks neo-soul ever since she was discovered way back in 2000 by none other than Questlove of the Roots. Back then Scott was performing as a spoken-word artist after becoming disillusioned by her teaching career, and if her spoken-word output was remarkable, it was doubly so when paired with a melody. Scott helped pen the Grammy-winning "You Got Me," performed by the Roots and Erykah Badu, the very same year she was discovered by the band (that's good looking out, fellas) and made her performing debut with the group shortly after. It's been nothing but uphill ever since, to the delight of her legions of fans.
Dress to Impress: The Fox Theatre is the rare venue that is as beautiful as Scott's soprano voice. This would be a fine time to don your finest stepping-out clothes.
—Daniel Hill