The Best Shows in St. Louis This Week: January 30 to February 5 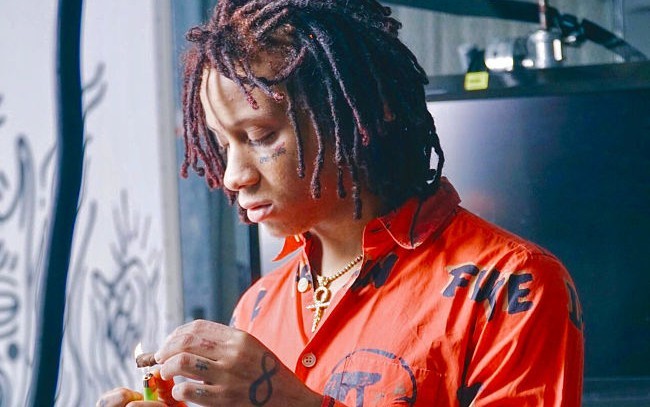 The Jag-Wires
8 p.m. Saturday, February 1. The Heavy Anchor, 5226 Gravois Avenue. $7. 314-352-5226.
During its heyday, the Blind Eyes were a rightly celebrated local garage/pop band, and it was bassist and occasional vocalist Kevin Schneider that firmly kept the garage-rock elements in check. Since that band called it quits, Schneider has kept busy with the Jag-Wires, the trio he has with his wife Kimberly Schneider and drummer Scott Lasser. The quick-hit, new wave-flecked Mascara EP is the group’s sole release to date, but the Jag-Wires will be headlining a four-band (mostly) local bill at the Heavy Anchor on Saturday. Jesus Christ Supercar, a trio specializing in dynamic, radio-ready indie rock, performs as well.
But Wait, There’s More: Rounding out the bill will be local quartet Giants in the Sky and Columbia, Missouri’s the Gasps.
—Christian Schaeffer

Trippie Redd
8 p.m. Monday, February 3. The Pageant, 6161 Delmar Boulevard. $42 to $47.50. 314-726-6161.
Canton, Ohio's alt-rocker-turned-emo-rapper Trippie Redd continues his upward trajectory unabated in 2020. Credit some of that success to the man's remarkable work ethic, sure — the rapper born Michael Lamar White IV released two albums last year alone: August's ! and November's A Love Letter to You 4, the latter of which serving as his first project to hit number one on the Billboard 200. But the bulk of Trippie's ongoing domination of the hip-hop genre can be credited to his masterful handling of the woozy, syrupy flow and huge trap beats that lead rap at this particular moment in time. More traditional hip-hop fans may shake their heads — especially when they hear songs like "Can You Rap Like Me, Pt. 2" and realize that he can expertly flow exactly how they'd prefer; he simply chooses not to — but they'll need to make their peace, because that sound isn't going anywhere anytime soon.
Stubhub Bound: Trippie's show at the Pageant sold out quickly — another testament to his current star power — so you'll have to turn to the resale market to score tickets.
—Daniel Hill

The Lumineers
7 p.m. Wednesday, February 5. The Enterprise Center, 1401 Clark Avenue. $36 to $215. 314-622-5400.
Oh the agony and absurdity of the life of a one-hit wonder. To date, the Lumineers have failed to escape that “Ho Hey” song, and their accountants and managers and milliners would like to keep it that way. Their fans too, because it’s one of the most delirious sing-alongs since “Livin’ On a Prayer.” Surprisingly, the Lumineers have, over the course of eight years and three albums, made some seriously fun and searingly revealing music, most noticeably on last year’s III, a concept album about all manner of addiction that escapes the fate of the typically overwrought concept album. The band’s ideas and emotions and rhythms, chugging and strumming as they may be, can be resisted by no sentient being. So, give ‘em a ho and a hey and their due. The sing-alongs will last all night long.
Making Good Choices: Credit the band (or the aforementioned accountants and managers) for picking two killer openers: Angsty indie-folksters Mt. Joy and about-to-break troubadour J.S. Ondara. The latter, especially, should not be missed.
—Roy Kasten