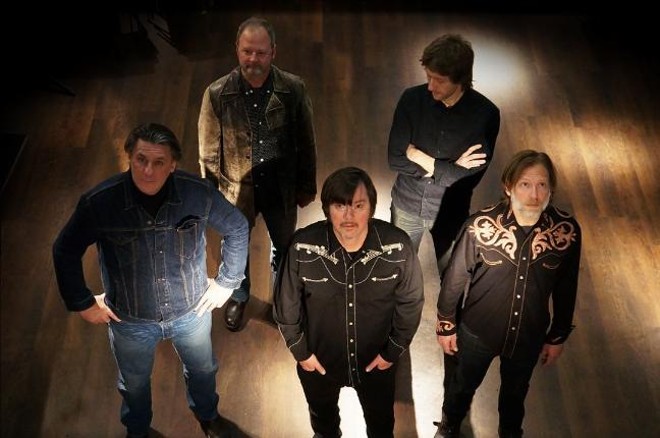 BJ the Chicago Kid
8 p.m. Friday, November 22. The Ready Room, 4195 Manchester Avenue. $35 to $50. 314-833-3929.
It's kind of a shame that BJ the Chicago Kid is best-known for the people he's collaborated with, but at the same time it is understandable. When you're regularly bumping elbows with the biggest acts on one of the hottest labels in the country — in this case Top Dawg Entertainment rappers Schoolboy Q, Ab-Soul, Kendrick Lamar and Jay Rock — it can be easy to be relegated to the background. But BJ's silky smooth voice and laid-back, determinedly chill approach to songwriting deserve better. With the July release of 1123, BJ’s excellent sophomore LP for Motown, the R&B singer-songwriter proves that his work deserves to be seriously considered in its own right, even as he continues to nab high-profile names including Offset, Anderson .Paak and JID as collaborators.
Will There Be Cake? This Friday night affair is being billed as an extra special event, as the date of the show is also the promoter's birthday — and BJ's b-day is the following day. Come ready to party.
—Daniel Hill

Son Volt
8 p.m. Friday, November 22 and Saturday, November 23. Delmar Hall, 6133 Delmar Boulevard. $25 to $28. 314-726-6161.
The plain-spoken, elusively poetic spirit of Woody Guthrie has long animated the songwriting of Jay Farrar. Politics is a matter of life and death and of rock & roll for Farrar and his band Son Volt, which celebrated its 25th year together (loosely speaking, as the lineup has seen various iterations) with the declamatory manifesto Union, which plays like a whirlwind of Wobbly broadsides and poignant portraits of conscience keepers, and which was recorded in part at the Mother Jones Museum in Mount Olive, Illinois, and at the Woody Guthrie Center in Tulsa, Oklahoma. Farrar’s union is both a class-conscious movement and an impossibly hopeful call to transcend division by any rock and folk and blues means necessary.
Local Union: Opening both nights at Delmar Hall is Old Salt Union, which hails principally from Belleville, Illinois, features Jesse Farrar, nephew to Jay, and possesses a relentless, daring way with the post-bluegrass string band sound.
—Roy Kasten

The Grooveliner Record Release
8 p.m. Saturday, November 23. Old Rock House, 1200 South Seventh Street. $10. 314-588-0505.
While funk music has a long history of serving as a vehicle for social commentary and soulful expression, it is, first and foremost, party music. That come-one/come-all spirit is the pulse that drives the local funk sextet the Grooveliner, and the name of its second album, Join Me at the Bar, communicates that spirit of togetherness (along with a little alcohol-fueled revelry). The party has gotten bigger on the new LP (available digitally as well as on CD and vinyl) as guest singers Molly Simms, Emily Wallace and Ryan Stewart (of Hazard to Ya Booty) join in the fun.
The Easy, Greasy, Cheesy Ones: Fellow local funk outfit the Provels will open the show with its Meters-inspired approach to the form.
—Christian Schaeffer