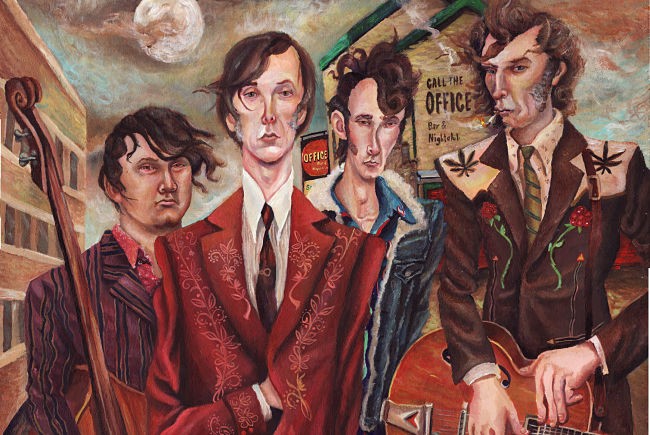 Flyover Comedy Festival
5 p.m. Thursday, November 7; 5 p.m. Friday, November 8; 4 p.m. Saturday, November 9. Multiple venues in the Grove. More info at flyovercomedyfest.com.
Flyover Comedy Festival returns for the third time in as many years with its biggest lineup yet. The scrappy homegrown event, booked by St. Louis natives, has fast become a force to be reckoned with in St. Louis' comedy scene, taking over multiple venues in the Grove each year and bringing barrels of laughs along with it. This year’s lineup is no exception, with appearances by the likes of Kyle Kinane, Joel Kim Booster, Sasheer Zamata, White Women improv, Jena Friedman and Kids These Days, alongside a slew of up-and-comers of both the local and national variety. Shows will take place at the Improv Shop, the Ready Room, Handlebar and the Bootleg, and you can purchase tickets for all three days for just $45.
Comedy à la Carte: For those unable or unwilling to attend the entire fest, tickets for individual performances are available as well on the festival’s website. Head to flyovercomedyfest.com for prices and set times.
—Daniel Hill

The 75s Reunion Show
8 p.m. Saturday, November 9. Fubar, 3108 Locust Street. $10. 314-289-9050.
The lifespan of a band is impossible to predict, but something about the tuneful twee-punk trio the 75s felt pre-ordained to burn brightly and quickly. Laurel Mydock fronted the band with equal parts sneer and smile, and from the outset she sought to write proudly “girly” songs with overt nods to forebears like Tiger Trap and the Aislers Set. The band was powered by Scott Lasser’s drums, but the 75s stands tall in local memory as the launching pad for Morgan Nusbaum, who played bass and sang backing vocals with the group before stepping out in front of the dependable twosome Bruiser Queen. To celebrate Lasser’s 50th birthday, the 75s will reunite for the first time in ten years — and, we’re told, for the last time ever.
Where Are They Now?: Nusbaum will pull double-duty as Bruiser Queen performs on the bill alongside Lasser’s combo the Jag-Wires; the Radio Buzzkills round out the four-band bill.
—Christian Schaeffer

The Sadies
8 p.m. Wednesday, November 13. Off Broadway, 3509 LempAvenue. $15. 314-773-3363.
Unless you’re a lifetime subscriber to the Bloodshot Records mailing list or an archivist of Canadian spaghetti western surf rock, you probably haven’t crossed paths with the Sadies. Or at least you might think so, but dig deeper into the history of alternative country, and you’ll find the Sadies, led by Toronto-based brothers Dallas and Travis Good, powering some essential moments in the movement’s evolution. Everyone from Neko Case to Andre Williams to John Doe to Blue Rodeo have called on their eccentric, always deeply twangy talents. The band’s own releases are excellent, especially 2017’s Northern Passages, which features a Kurt Vile cameo and some surprisingly tense and pretty harmonies for a band best known for its manic guitar duels and psychedelic walls of sound. Country & western post Bob Wills doesn’t get any weirder or more adventurous than the Sadies.
Northern Unicorns: Though the Sadies have occasionally passed through St. Louis as supporting act, headining sets have been truly rare. File this show under “crazy to miss.”
—Roy Kasten