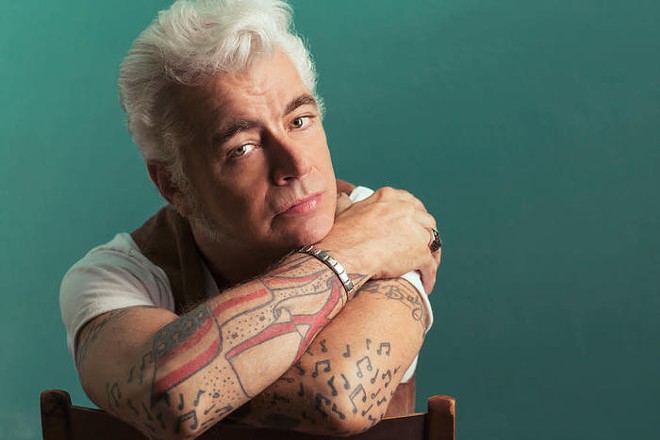 Charlie Parr
8 p.m. Thursday, October 24. Old Rock House, 1200 South 7th Street. $12. 314-588-0505.
Minnesota-bred roots musician Charlie Parr pulls off the rare trick of bridging the gap between acoustic blues purists and outsider six-string savants; his recordings wouldn’t sound out of place on the Thrill Jockey label or on Rounder Records. His dedication to country blues is no ruse, and on his latest eponymous album, Parr uses his resonator and twelve-string guitars to give shape to story-songs like the first-car love letter “Mag Wheels” and the stormy, embittered “Cheap Wine.” His guitar playing is both on-a-dime precise and perfectly weathered, but Parr’s slightly haggard voice carries the time-warp quality of his songs.
Albright? All right!: Fellow country-blues twelve-string player Todd Albright opens the show.
–Christian Schaeffer

Dale Watson
8 p.m. Saturday, October 26. Off Broadway, 3509 Lemp Avenue. $22 to $25. 314-773-3363.
Viewers of Ken Burns’ century-spanning Country Music documentary for PBS will surely know the feeling of wonder, if not vertigo, at the vastness of the music – and perhaps the pang of never getting to see the musicians who made it so when the chance was there. Gone in recent years are Merle Haggard, George Jones, Ralph Stanley and Kitty Wells; the music won’t be the same without them. But many keepers of the flame are still on the road, including Dale Watson, the Alabama native who is an icon of the Texas wellspring of country and the musical melting pot of Austin. Like his hero the Hag, Watson is a triple threat: a rich baritone singer, sly guitarist and a prolific songwriter who pivots effortlessly from emotional devastation to roadhouse shenanigans. He and his band the Lone Stars are legends; don’t take them, or the dancefloor, for granted.
Opening Moves: Watson recently left his home base of Austin for Memphis, the home base of Amy LaVere, who kicks off this evening with husband and virtuoso guitarist Will Sexton. LaVere’s new album Painting Blue is one of her most moving releases to date.
–Roy Kasten

Immortal Technique
8 p.m. Tuesday, October 29. The Ready Room, 4195 Manchester Avenue. $25. 314-833-3929.
The last time Immortal Technique touched a stage in St. Louis was August 9, 2015 – the one-year anniversary of the death of Ferguson teenager Mike Brown at the hands of former police officer Darren Wilson. The performance was part of a concert dubbed Ferguson Is Everywhere, which raised money for the Ferguson legal defense fund and also featured appearances by Common, Talib Kweli, 9th Wonder, Rapsody, Bun B and M-1 from Dead Prez. It's no surprise that the politically minded rapper joined with his fellow socially conscious performers for the event – it'd be a shock if he didn't actually, considering his long career of revolution-themed output and fearlessness in regard to speaking truth to power. This show is a decidedly lighter affair, but still, fans who expect a show devoid of any direct denunciation of society ills are kidding themselves.
All the Hits: It's been several years since Immortal Technique dropped a new album – his most recent, 2011's The Martyr, was a compilation of unreleased tracks, and his most recent before that came in 2008 – so expect him to reach deep into his back catalog at this show.
–Daniel Hill