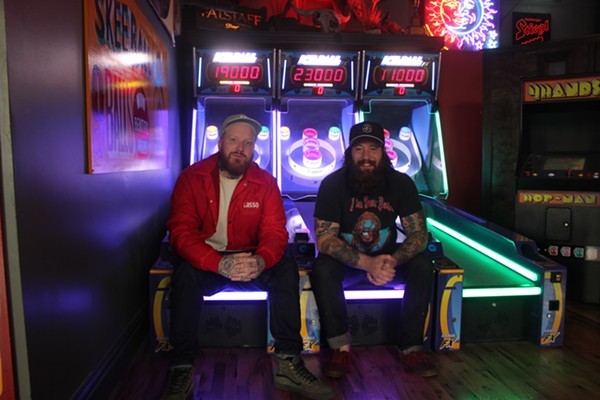 This week, highly anticipated cocktail and vinyl-themed bar and lounge Takashima Records (4041 Chouteau) announced plans to launch an independent record label to dovetail with the concept.

The concept for Takashima Records bar and lounge was created by Parlor owners Sean Baltzell and Casey Colgan. For the record label, Baltzell is teaming up Paul Fullerton (DJ ill Temperament) and Dan Hayden (DJ Hal Greens and owner of The Wine Tap in Belleville, Illinois). Baltzell was first inspired to open Takashima after spending time in Tokyo, where he saw the emergence of vinyl shops doubling as bars across the city.

The venue's label will initially focus on re-pressing limited-edition vinyl by local St. Louis artists but hopes to eventually branch out in issuing current releases from local, national and international acts. The first vinyl release, anticipated for early 2020, is a re-press of St. Louis saxophonist Oliver Sain's album, On The Hill, on seven-inch vinyl in a gatefold picture-sleeve set.

Sain, who passed away in 2003, owned Archway Studios from 1965 until the late 1990s. Sain was a close friend of Tom "Papa" Ray, owner of Vintage Vinyl (6610 Delmar Boulevard, University City; 314-721-4096), who the Takashima team consider a close friend. Ray previously released Sain’s St. Louis Breakdown: The Best of Oliver Sain compilation in 2009.

“Unfortunately, many of the master tapes from Archway Studio are MIA," Hayden said in a release. "But, it is our hope to keep Sain’s music alive and honor his lifetime contribution to the industry. The re-press of Sain’s On The Hill is just the beginning. I think Solomon Burke said it best with his quote, ‘Oliver Sain is the Quincy Jones of St. Louis, but nobody knows it.’ With the Takashima Records label, it’s our goal to re-introduce music lovers to the artists, sounds and styles that have shaped what we love about this city’s musical footprint.”

Takashima is partnering with 4 Hands Brewing Co. and 1220 Artisan Spirits on the first release.