The 3 Best Shows in St. Louis This Week: September 26 to October 2 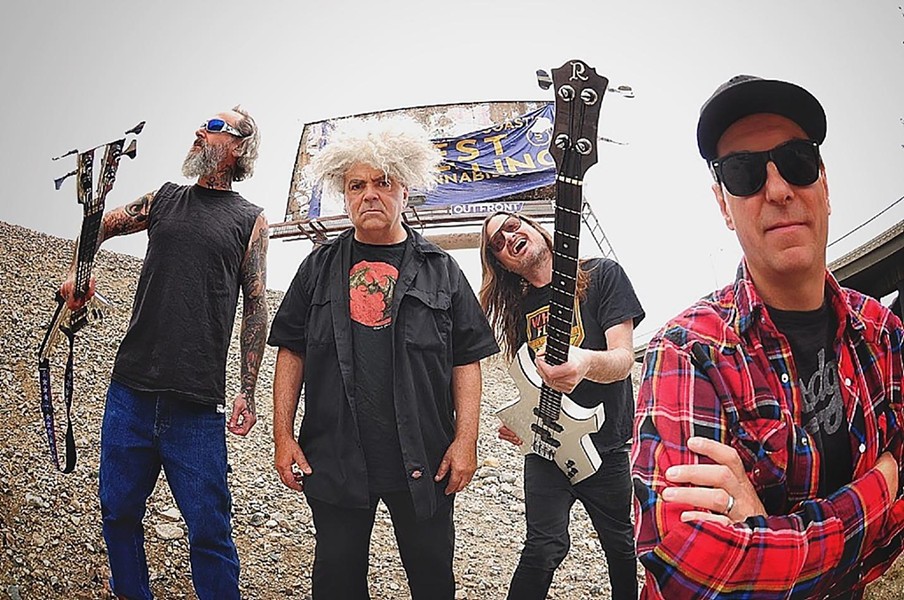 (The) Melvins
8 p.m. Friday, September 27. The Ready Room, 4195 Manchester Avenue. $20 to $25. 314-833-3929.
Long revered as founding fathers of grunge and sludge metal, Melvins is, without a doubt, the most popular band to have ever released music on Slap-a-Ham Records, the now-bygone San Francisco-based label best known for contributing mightily to the explosion of the as-fast-as-possible “powerviolence” sub-genre of hardcore punk throughout the ’90s. That may seem an odd footnote, but it also explains a lot. Melvins started out as a hardcore punk act akin to Black Flag — frontman King Buzzo has said his guitar playing is most influenced by that group — and though the band has moved through several genres over the years as its sound has evolved, it’s never lost that punk spirit and everything-to-eleven approach typified by the bands of the Slap-a-Ham roster. Melvins’ latest, last year’s Pinkus Abortion Technician, even pays homage to another boundary-pushing punk act, Butthole Surfers, in both name and personnel, with BS bassist Jeff Pinkus writing and performing on it. Up the punks, or something like that.
What Did You Say? Melvins’ shows are obscenely loud. Wear earplugs, or be prepared to experience premature hearing loss. You’ve been warned.
—Daniel Hill

Kristeen Young
8 p.m. Friday, September 27. Off Broadway, 3509 Lemp Avenue. $10. 314-773-3363.
It has been a long time since Kristeen Young was a permanent resident of St. Louis, but the New York-based artist has never forgotten her roots. It was Young’s longtime connection with legendary producer Tony Visconti that linked him with local hip-hop alchemists Illphonics, and when it came time to produce a video for her new single “Less Than,” she called on local filmmaker Brian McClelland, who filmed her mock destruction of a grand piano at one of Webster University’s recital halls. It’s a fitting image for the glam-rock singer, who has used her keyboard to create dramatic, industrial nail-bombs of pop and rock.
Forever Young: The show will be opened by the alt-rock quintet Tiger Rider and the long-running power-pop powerhouse Tight Pants Syndrome.
—Christian Schaeffer

Weyes Blood
8 p.m. Tuesday, October 1. Off Broadway, 3509 Lemp Ave. $16 to $18. 314-773-3363.
Decadent and majestic, anguished and thrilling, the mood and music of Weyes Blood’s Titanic Rising seems cribbed from some baroque fin de siecle opera in which everything is going to hell so one might as well break out the good stuff, turn up the string section and live a little, apocalypse be damned. “It’s a wild time to be alive,” sings Natalie Laura Mering, the artiste and devastating singer known as Weyes Blood (named after a novel by Flannery O’Connor). Many musicians have tried and failed to capture cinematic experiences in sound and lyrical vision. Mering succeeds. Her mission should be impossible — turning climate change and planetary death into personal redemption — but she has created something to feel deeply and to believe in. The beauty of her music still rises.
Up to the Challenge: Québécoise Helena Deland has the unenvied position of setting up the night for Mering’s soaring, gothic style. Her fierce minimalism, suggestive of early Angel Olsen, deserves the chance and your prompt arrival.
—Roy Kasten