The Firebird, Midtown Concert Staple For a Decade, Has (Temporarily) Closed 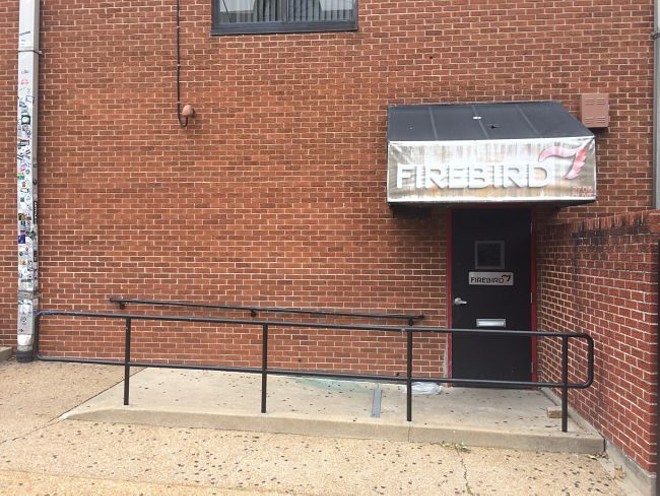 The venue's website, which as of Tuesday listed twenty upcoming events, now lists only one, which has been marked "postponed." The venue's Facebook page has been pulled offline as well.

But according to owner and general manager Jimmy Vavak, the closure is intended to hopefully only be temporary.

"We are currently reevaluating and restructuring the business to ideally come back stronger in the coming year," Vavak tells RFT.

Vavak further emphasizes that the shows that were on the venue's calendar are in good hands, and are being shuffled to other spaces in town during the Firebird's closure.

"There are, I believe, more great venues in this town than there have ever been," Vavak says. "A lot of people working really hard. All the shows are in good hands."

Vavak did not cite a specific reason for the closure, nor did he note a time frame for when the venue is expected to reopen.

The Firebird first opened its doors on February 5, 2009, with St. Louis mainstay Superfun Yeah Yeah Rocketship breaking the stage in. Prior to that it operated as the Bluebird for a year and seven months, before Vavak, Mike Cracchiolo and Tom Moslander began renting and operating the space under the "Firebird" name.

Over the years the club's ownership has shifted, even as it has played host to innumerable popular acts including Black Lips, Big Freedia, Kool Keith, the Raveonettes, Raekwon, the Sword, Har Mar Superstar, Melvins, Veruca Salt and thousands more.