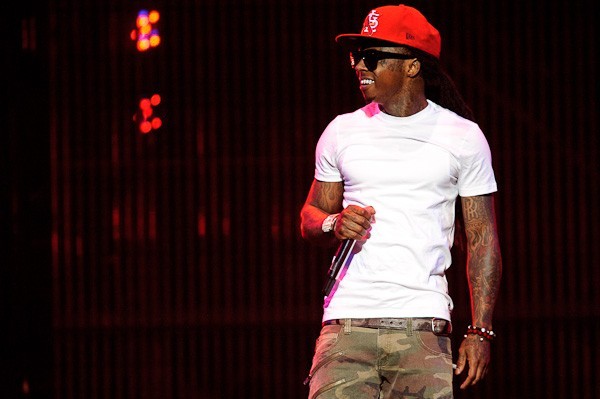 Lil Wayne's performance at Hollywood Casino Amphitheatre with Blink-182 tonight will not go on as planned, following an incident at a St. Louis-area hotel that apparently involved police and has subsequently caused the New Orleans rapper to cancel his show and flee the city.

Wayne took to Twitter around 10 a.m. this morning to break the news.

"Sorry not doing the show tonight in St Lou kuz I was just kik’d out the ritz and 12 got involve so I gotta slide," the rapper writes. "Tht y’all f w me out here. Dam slime. It’s all luv tho."

Sorry not doing the show tonight in St Lou kuz I was just kik’d out the ritz and 12 got involve so I gotta slide. Tht y’all f w me out here. Dam slime. It’s all luv tho


Fox 2 spoke with a representative with LiveNation, who confirmed that Blink-182 will still perform at the concert as planned, but that Lil Wayne will not. The station also reached out to the Ritz-Carlton; a representative said that the hotel does not comment about guests. A viewer reportedly saw Lil Wayne entering his tour bus at about 10:15 on Saturday morning, just minutes after he sent the tweet and just as police apparently arrived on the scene.

RFT has reached out to the police department in Clayton, the St. Louis county city where the Ritz-Carlton is located, and asked for further clarification. We will update this post if/when we hear back. [EDIT: You can find that very marijuana-related update here.]

Meanwhile, this isn't the first time Wayne's co-headlining tour with Blink-182 has hit a speed bump. Back in July, the rapper became frustrated with the crowd in Bristow, Virginia for not enjoying his music as much as he wanted them to, and suggested he might drop off the tour altogether.

"Please forgive me, I am so not used to performing to a crowd — and there’s not too many, you know, like still — that’s not my swag. I’m not sure how long I’m gonna be able to do this tour," he said after just four songs. "This might be my last night though, let's go."

Wayne backtracked on dropping off the tour the following day, writing on Twitter that he was having too much fun.

"Yesterday was krazy! But I want all my fans to know I won’t be quitting this tour! I’m having too much fun with my bros blink-182. Bangor, ME See you tomorrow," he wrote.

Whether he's still having fun after getting kicked out of a hotel and fleeing the city upon the arrival of police remains to be seen. Sure sounds like it though.