Why Not Catch a Free Symphony Show in the Park Tonight, You Uncultured Swine? 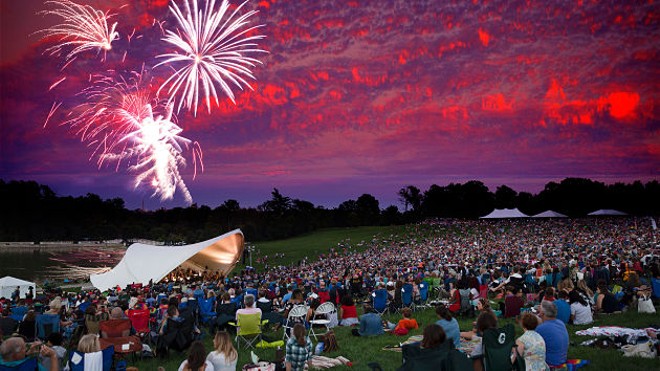 High-minded sophisticates like those of us who work at the RFT know that, in order to differentiate ourselves from the uncivilized hordes, it is best to hit the town and catch a show by the St. Louis Symphony from time to time.

But classy and cultured though we may be, the number of dollars we're tasked with ponying up to enjoy the thrilling sounds of our city's world-class orchestra doesn't always jibe well with the dollar amounts in our bank accounts. This, in spite of the Big Print Journalism Money we're all pulling down.

Luckily, the SLSO hasn't forgotten about the poor plebeians amongst our city's populace, and since 1968 the symphony has performed a yearly free concert in Forest Park to keep us feeling bougie on a budget.

This year's free show happens tonight at Art Hill. It will be the first helmed by new music director Stéphane Denève, who has taken over following former director David Robertson's award-winning fourteen-year run. According to a press release, the night's program will include "classical favorites like 1812 Overture and Stars and Stripes Forever, film music from Star Wars and West Side Story, and pieces that feature the orchestra’s IN UNISON Chorus, Symphony Chorus, and Youth Orchestra."

The concert starts at 7 p.m. and is expected to run until 8:20 p.m., closing out with a fireworks show. Food and beverage trucks will be on hand as well, and will start serving patrons at 5 p.m.

Of course, if you're really feeling thrifty, you might consider packing up a cooler of food and drinks from home. If you're like us at RFT, you'll definitely want to bring a flask.

Hey, we said we were sophisticates. We didn't say we were sober ones. See ya in the park.