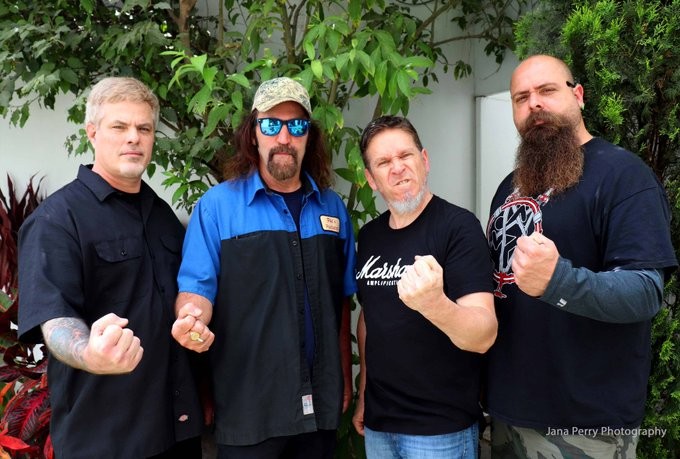 Elizabeth Cook
8 p.m. Saturday, September 7. Off Broadway, 3509 Lemp Avenue. $20. 314-773-3363.
The country music industry remains a patriarchal machine, and artists like Elizabeth Cook have had to learn how to bypass the system and generate their own kind of power. The Florida native and Nashville resident wears her Dolly Parton influences smartly, hosts a killer country program called Apron Strings on Sirius XM radio and has a standing gig at the Grand Ole Opry. Her songs are frequently hilarious (the trash-talking “El Camino,” for starters) and often devastating, whether she’s writing about a death in the family, divorce or rehab. The unvarnished twang in her voice is a weapon: Sometimes she wields it for satire, often for heartbreaking truths. And don’t be fooled by her willowy glamor: She is tough and sharp as stilettos.
Cajones: Country radio ignored Cook’s wicked single “Sometimes It Takes Balls to Be a Woman,” and the Opry banned her from singing it onstage. You can bet she’ll let it rip at this seated show.
—Roy Kasten

D.R.I.
8 p.m. Sunday, September 8. Fubar, 3108 Locust Street. $20. 314-289-9050.
Some 37 years ago, Dirty Rotten Imbeciles — better known by most fans as simply D.R.I. — turned the worlds of hardcore punk and metal upside down with the release of The Dirty Rotten EP, a 22-song affair comprising just 18 minutes of material. Played at blindingly fast speeds virtually unheard of at the time, the band’s punk-leaning debut release served as an excellent primer of its sound to come, which would later incorporate elements of thrash metal into the mix. D.R.I. combined these approaches to form the genre known as “crossover” in the early ’80s, alongside the likes of S.O.D., Suicidal Tendencies and Corrosion of Conformity. The band achieved considerable success during this time, touring the world and releasing seven full-length albums by 1995. More than twenty years later, in 2016, the band released its first new material since its heyday, the five song But Wait...There’s More! EP. Fast as fuck and straight to the point, the band’s new songs prove that D.R.I. still has what it takes to get a pit moving.
Go Ahead, Punk: This night is part of a nice little run of shows at Fubar that demand the attention of punk fans, with pop-punkers Teenage Bottlerocket, anarcho-punk act Conflict and NYHC pioneers Murphy’s Law all playing in the days that follow.
—Daniel Hill

Justin Peter Kinkel-Schuster
8 p.m. Tuesday, September 10. Off Broadway, 3509 Lemp Avenue. $10. 314-773-3363.
Justin Peter Kinkel-Schuster has a restless spirit that has led him through a host of musical guises over the past fifteen years. He made his biggest splash as the singer, guitarist and songwriter for Water Liars, and that project led him to form Marie/Lepanto with Will Johnson, the former Centro-matic leader and one of Kinkel-Schuster’s musical heroes. And St. Louis fans may still recall his tenure as part of the four-headed beast of chaotic energy that was Theodore, a band that was the best the city had to offer for many years. But with Take Heart, Take Care, his just-released solo album, the singer-songwriter puts his honeyed Arkansas twang in front of plangeant electric guitar and enough melodic underpinning to help his switchblade couplets soar.
Tres Hombres: Get there early for opening sets from Mississippi native Spencer Thomas and local quartet Bo & the Locomotive.
—Christian Schaeffer