The 3 Best Shows in St. Louis This Week: August 29 to September 4 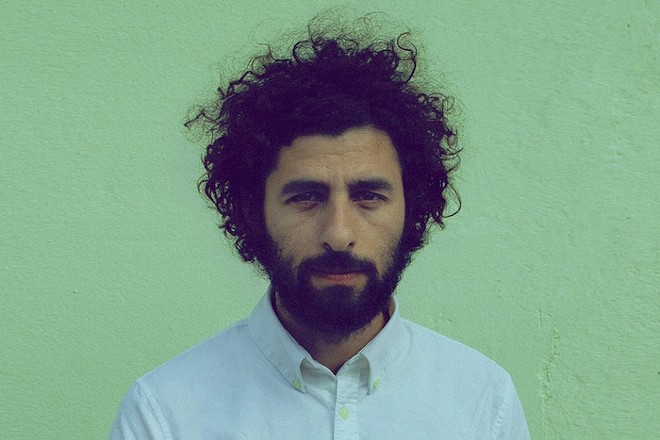 Other People Final Show
8 p.m. Friday, August 30. Off Broadway, 3509 Lemp Avenue. Free. 314-773-3363.
Breaking up is hard to do, we’re told, and most of us have enough experience to verify that little bon mot. So it’s with a little sadness that Other People, the earnest and raggedy indie rock trio, says farewell with this weekend’s show. The band has gone through a few transitions over the years, but the center of the group is built around the work of guitarist Bob McMahon (an intermittent RFT contributor) and pianist Jeremy Goldmeier. At times, that meant Other People felt like two different bands, but both singers subscribe to the idea that rock & roll bliss is produced by the union of tuneful constructions and propelling rhythms. As a parting gift, the band is using its swan song to release its last album, the fittingly titled Farewell to the Golden Age of Blog Rock. If there’s any justice, Tiny Mix Tapes or Largehearted Boy will give them some love.
Super? Fun? Yes, Yes: Superfun Yeah Yeah Rocketship, the indefatigable pop-rock explosion from the minds of Corey Goodman and Christopher Eilers, opens the show.
—Christian Schaeffer

José González
8 p.m. Friday, August 30. The Pageant, 6161 Delmar Blvd. $35 to $40. 314-726-6161.
As a recording artist, José González has never been prolific. His disinterest in the music industrial complex and its star-making machinery owes as much to his temperament as the gossamer soul of his trenchantly acoustic music. But while his last album of new material is four years behind him, the quietly experimental Swedish guitarist and songwriter hasn’t been dormant. In recent years, he has worked with the Göteborg String Theory, an avant-garde classic ensemble, and the fruit of that collaboration, documented on this year’s Live in Europe album, is stunning and expansive, even as it focuses on his most well-traveled songs. With his deep, recondite voice and haunting, gnomic lyricism, González’s journey may just be beginning.
Uncanny Kinship: Performing under the name Bedouine, Syrian-American (born to Armenian parents) Azniv Korkejian sings with a rapt, whispering warmth that suggests González’s own delivery. But her voice, and her opening set, will surely convince you that her sound is her own.
—Roy Kasten

Hank von Hell
8 p.m. Monday, September 2. Fubar, 3108 Locust Street. $20. 314-289-9050.
Norway’s Turbonegro, the world’s premier purveyor of the genre known as deathpunk, just hasn’t been the same since singer Hank von Hell left the band in 2010. His irreverent lyrics and wild antics simply can’t be replicated — not that the new guy isn’t trying his best. Luckily though, while von Hell may have left his former band behind, he’s not walked away from making music in the same spirited fashion that made him (in)famous. Last year’s Egomania, his debut solo album, is unmistakably on-brand, and assuredly enough to keep the Turbojugend of the world pumping their fists and singing about asses.
Overkill: New York’s Overdose, obvious worshipers of Motorhead, will open the show, making this a night of pure, unadulterated rock & roll.
—Daniel Hill