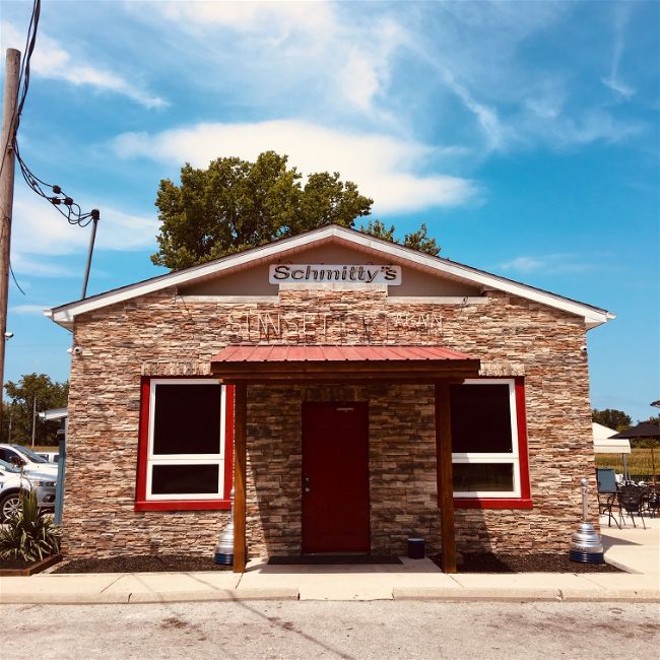 Schmitty’s Sunset Inn Again (8819 State Route 162, Troy, Illinois; 618-667-6600) is new, in one sense, opening along the edge of Troy, Illinois, on February 1. That’s when Joe Schmitt and his wife Stephanie took ownership of the space formerly known as Linda Lu's Sunset Inn, buying the bar’s business license and not closing for even a single day’s transition. Since then, changes have been coming in a slow, steady fashion. The pool table disappeared most recently and an outdoor stage arrived just in time for the end of summer. The half-dozen bartenders have stayed the same, but the clientele’s been trimmed just a bit, with troublemakers sent packing. While the sign outside is fresh, the bar is well-seasoned.

Joe Schmitt’s adamant in saying that “it’s always going to be the Sunset for a lot of our people.” That’s understandable, as it’s been a bar since 1936. It’s open at 10 a.m. most days, and closes between 2 and 3 a.m., so it’s also the first or last stop of the day for quite a few of the regulars. They provide the backbone of the daily ring, but Schmitt’s not content to let this roadhouse be just a sleepy, quiet spot, located, quite literally, in a cornfield.

This Joe’s got goals, most of them involving live music. But even though the Sunset’s in a rural area, there are a half-dozen ranch homes visible from the bar’s front door, so neighbor concerns are a real thing here. And neighbors have factored into this music fan’s dreams before.

“We’re tiptoeing in a little bit, see what they’ll let us do,” Schmitt says. “There’s no reason to blow it up like we used to do. We’ll have music outside, during the day. And on Friday and Saturday nights, it’ll be respectful, acoustic stuff until 10 p.m. We’re not going to bring in Superjam to rattle the neighbors’ houses, even if they’d be done by 10. That’s too much. We’re trying to be part of this community, and just because we can do something doesn’t mean that we should. I’m going to try to turn it into a viable music venue, even if we aren’t able to do it as often as we’d like. Personally, if I had it my way, we’d be like the Broadway Oyster Bar out here, doing music every day of the week.”

Schmitt’s reference to local rock band Superjam harkens back to his time running Schmitty’s in Smithton, Illinois (2014-18, RIP). Superjam was a featured band in a June, 2017, RFT cover story about tribute acts. Back then, Schmitty’s had developed a reputation for being a go-to spot on Sunday afternoons, when STL’s biggest tribute bands played to hundreds on the packed Schmitty’s patio. Eventually it became too popular, with the townsfolk of Smithton asking for less visitors, less volume, less everything. Schmitt sold off his interest in Schmitty’s, and while he learned a lot from the experience, he felt something go missing.

The bar business, he says, “is just interesting to me. I had this feeling for four years, then spent a year without it. And I wasn’t really happy that whole year. We have two other businesses, but I missed the stupidity. I found myself getting old, I ended up melting into the couch that year and I was getting lazier. This business keeps me young and jumping and whatever the negative parts are, they don’t outweigh the great parts.”

He’s found a few of the latter already.

“It wasn’t our biggest crowd, or anything,” Schmitt says, “but we had Al Holliday play with Cody Henry and Ron Sikes of Funky Butt Brass Band, playing in here as a three-piece. We probably only had about 30 people, but all 30 were dancing like they couldn’t stop. I thought, ‘Oh, my god, I can’t believe this.’ The entire bar was in a frenzy. People dancing you never see dance, people laughing maniacally. It was insanity, and everybody in here that night understood that this is what it can be when people get a bite of the apple. These were some people who were initially resistant, but they just gave in for the night. Good music always makes you feel, it’s gonna play in this room. I knew I was going to keep booking it, but I wasn’t positive it was going to catch on.”

The music booked includes the kind of stuff that naturally plays the rooms that Schmitt worships: the Broadway Oyster Bar and the Blues City Deli. But there’s a mix. On a recent weekend, as Schmitt talked about his booking hopes and dreams, he had gig warrior Steve Ewing in for a duo slot on a Friday night, and Wooden Puddin outdoors on Sunday, that group a side project of Old Salt Union. 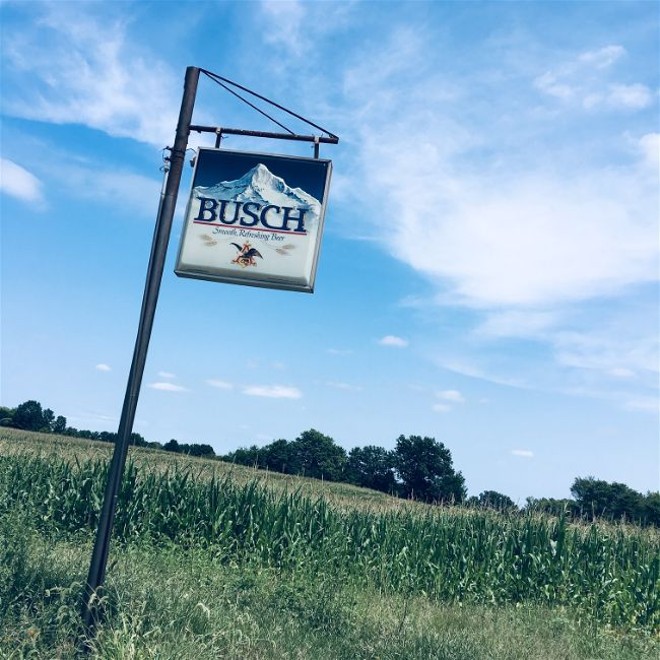 While the music has changed, other little elements have been added, fun things like a septic tank painted like a watermelon. And more of those elements are coming as Schmitt makes the Sunset his own.

A natural storyteller, Schmitt can spin a good yarn about a lot of topics. Transitioning this bar just happens to be one of his better stories.

After Schmitty’s, he says, “buying a bar wasn’t in our plans, actually. We had thought we might do it again, but the longer it was in our rear view, the less likely we were to do it. A friend of mine, Wendy, asked us up to have a beer here. And I looked at it and thought, ‘This is the space. This is exactly what I’d always pictured.’ It had a little bar, old but historic and out there a ways. It had a good-sized parking lot. I thought of a list and was ‘check, check, check, check and check.’ There was a sign on the door that said, ‘if you wanna own a bar, call this number.’ Well, we were done.

“I called the sellers,” he adds. “A month passed. And my wife and I didn’t talk to each other about it. Then one day, she said, ‘You know, we have to do it, right?’ I couldn’t stop thinking about it, so we decided to do it. When we bought the place, we knew the story and what it meant to people, that it was the oldest bar in Madison County and that every person who comes here has a big, long story about what it means to them. They are very, very attached to it. I didn’t want to disrespect that and make it just my place, my music place. I did want to preserve the integrity of the bar, not turn it into something else. We’re just converting it into a more music-friendly bar.”