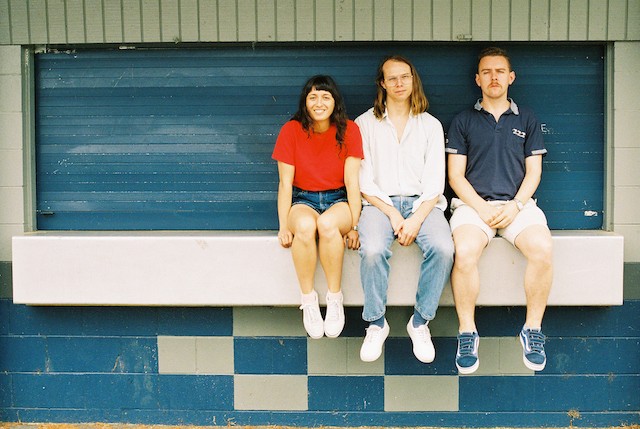 The Beths
8 p.m. Friday, July 12. Ready Room, 4195 Manchester Avenue. $10. 314-833-3929.
The ongoing resurgence of the sounds of the mid-’90s — the crunch of grunge guitar, the nervy pep of punk-pop, the slippery and fuzzy guitar work of college rock — would be an empty signpost if the current crop of new bands missed out on the sense of fun and discovery in those sounds. New Zealand trio the Beths is near the top of that pile, and the band’s 2018 debut Future Me Hates Me nails a tricky mix of overdriven, tube-screaming energy and singer-songwriter Elizabeth Stokes’ ability to show control over her songs of energy and ennnui.
Ladies First: Los Angeles-based quartet Girl Friday opens the show with a mix of punk fuzz and underound girl-group harmony.
—Christian Schaeffer

Chuck Prophet and the Mission Express
8 p.m. Friday, July 12. Off Broadway, 3509 Lemp Avenue. $20 to $25. 314-773-3363.
Surveying the last decade of Chuck Prophet’s recorded work, it’s clear that his native California, from his southern roots to his northern residence, is his deepest obsession, but rock & roll remains his greatest theme. No musician strangely tagged as a singer-songwriter has ever cast a wider net — his punk protests and pungent satires are as convincing as his aching ballads and libertine rockabilly — or flat-out rocked so hard, with so much fun and purpose. He gets the glory of a band owning the road in a Ford Econoline, and he gets sounds from a beat-to-shit Telecaster that are so dazzling and funky and cool you just might believe and dance again.
Check-Out Time: At a recent event for the newly published book St. Louis Sound, Finn’s Motel played the gig of its life. As openers for Prophet, the local rockers just might do it again.
—Roy Kasten

Reel Big Fish and the Aquabats
7:30 p.m. Saturday, July 13. The Pageant, 6161 Delmar Boulevard. $25 to $28. 314-726-6161.
If the wild popularity of St. Louis’ own Boomtown United is any indication, ska is in vogue again. The upstroked guitars, checkerboard patterns and wild skanking were bound to come back for a fourth wave — after all, music trends tend to move in cycles, and it’s been a little more than twenty years since the third wave took over popular culture. But some bands have continued playing the oft-maligned music throughout its fallow period. Take, for example, Reel Big Fish and the Aquabats, two of the most dedicated torchbearers of ska. Both bands got their start in the early ’90s and rode the genre’s popularity to the top, and both bands are still playing it today. Dust off your suspenders and wingtip shoes and join them at the Pageant this week.
Speaking of Boomtown United: We’d be remiss if we didn’t mention that our local boys are opening for HR from Bad Brains across town at Fubar on Thursday. Rudeboys and girls should see to it that they attend that show as well.
—Daniel Hill