Gather Your Goths: The Cure Concert Documentary Is Playing at the Tivoli 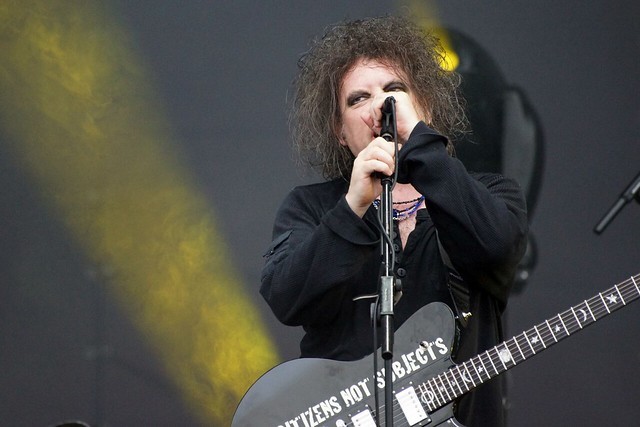 Not every band gets a full theatrical release of its live show, but not every band is the Cure. The legendary goth band began releasing music in the late 1970s and steadily grew into one of the most successful and influential rock groups of all time.

The band celebrated its 40th anniversary with a celebration in London last summer and the whole show was filmed for a documentary called The Cure: Anniversary 1978-2018 Live in Hyde Park. And now it's coming to the Tivoli Theatre for one-night only.

Directed by Tim Pope (the Cure’s long-time video ace), the film shows the full performance, featuring a career-spanning set of 29 songs including hits like “Friday I’m in Love” and “Just Like Heaven” and fan-favorites like “Plainsong” and “Shake Dog Shake.”

RELATED: When Goths Visited the Saint Louis Zoo, Things Got Dark Even on a Sunny Day

To witness the glory of the boys from Crawley, get yourself to the Tivoli Theatre (6350 Delmar Boulevard, University City; 314-727-7271) on Thursday, July 11 at 7 p.m. And since this is a one-time showing, you’ll want to buy your tickets in advance from the Landmark Theatres website to secure a spot.

Here's a clip from the film in case you need to be convinced: