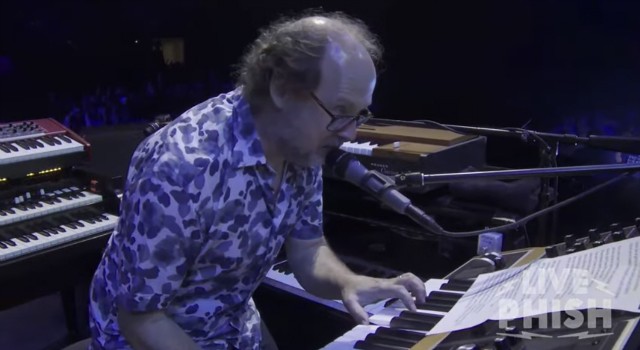 Everyone was Laura Branigan last night.

With the St. Louis Blues pulling off the seemingly impossible worst-to-first championship run to claim the Stanley Cup, even touring musicians were pulled into the celebration by the force of "Gloria."

Phish opened its second set at Chaifetz Arena with a crowd-pleasing version (go to the three-minute mark in the video), surely benefiting from the fact that the jam band juggernaut was just getting started back when the song was still young.


Vampire Weekend was eventually badgered into learning, and then performing, "Gloria" by insistent fans at the Fabulous Fox.

"We didn't want to learn to play 'Gloria' before the game," lead singer Ezra Koenig told the crowd. "That would have been bad luck."


He managed a passable job, reading lyrics from his phone, but the 1980s hit turned out to be right in the wheelhouse of the cast of Guys and Dolls. Check out their version from intermission at the Muny.

For the first time in history we’re celebrating the @StLouisBlues winning the #StanleyCup! #weallbleedblue #playgloria pic.twitter.com/ug8JqKLeNa


And still, there is only one original. Here you go.