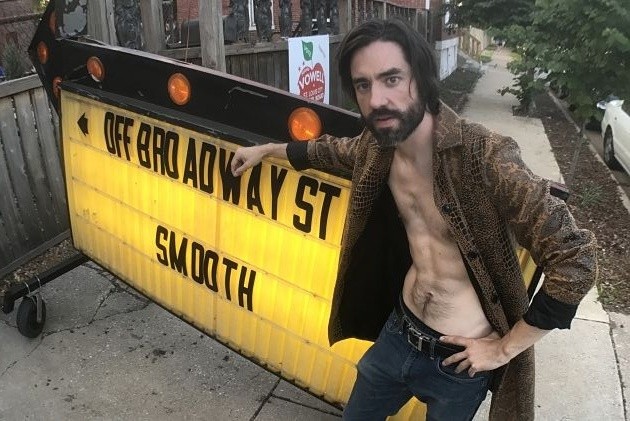 It's possible that Matt F Basler has finally gone too far.

The local musician, known for his work with the rock band Tok as well his solo output and namesake podcast, counts another notable notch on his belt: This is the madman who, two years ago, packed Off Broadway for a tribute to Carlos Santana and Rob Thomas' blockbuster 1999 hit "Smooth," enlisting a cadre of top-notch local artists to perform it live — and exclusively — no less than ten times in a row. (Twelve, in fact, if you count the encore the masochistic crowd demanded when the night's scheduled program wrapped up.)

So how do you top that? Simple: by playing "Smooth" twenty times, one for each year that has passed since its release.

"I think everybody could do ten, right? Everybody can do it ten times," Basler muses. "It's time to truly test the limits that people can accept for number of 'Smooth's."

Basler's curiosity as to just how far he can push this joke is understandable. As absurd as it is, the 2017 show nearly brought Off Broadway to its capacity. And despite Basler's early theories that interest would wax and wane throughout the show — he guessed that the third time "Smooth" was performed would be the funniest, with the audience filtering out for smoke breaks afterwards before returning for nine and ten — the crowd instead stayed and enthusiastically sang along to every word all twelve times.

"I think it was a really wonderful evening of everybody being a part of a fun, silly joke," Basler says, looking back. "There were people requesting 'Smooth' between 'Smooth's. Everybody was playing along; everybody there really got it and was a part of it, right? It wouldn't have been as funny if they didn't ask for an encore. It'd be cool if we can do that again.

"But I'm trying to not have those same expectations," he continues. "Maybe when you were at three you didn't wanna walk out because you knew it ended at ten. Maybe when you know that there's seventeen more to go it's a different story. But I'm willing to see. I think it's important that we learn our 'Smooth' tolerance level."

The show will take place at Off Broadway on June 15, twenty years to the day since Santana's Supernatural was released. Joining Basler on this quest for scientific knowledge of late-nineties Latin-influenced pop music is, once again, a crack team of St. Louis' finest musicians — some of them alumni from the last go-around. Jenn Malzone (Middle Class Fashion) will reprise her role on the keyboard, Dylan Clubb (the Langaleers) returns on guitar and Matt Sawicki (My Posse in Effect) will again be handling percussion. With them will be Seth Donnelly (Dance Floor Riot) on drums and Khamali Cuffie-Moore (Owen Ragland Quintet) on trumpet.

Basler tried to assemble the same team from the last run, but scheduling conflicts kept some members from participating.

"There were a couple people that had gigs," Basler explains. "Because of course the thing I think is very funny is to get musicians together that are too good for this."

In addition to that murderer's row of musical talent, Basler has a number of additional goodies on deck for attendees. There will be t-shirts with all of the lyrics to "Smooth" printed on them. There will be spiked smoothies courtesy of the Juice. Artist Vince Puzza will draw caricatures of you with either Rob Thomas or Carlos Santana (take your pick!). The Knuckles will open the show.

One fan and local music fixture is even lending a unique, er, talent to the festivities.

"John Parker's gonna eat a hard-boiled egg for every 'Smooth' we're gonna do," Basler says. "I announced the show and he said, 'Hey, I'm gonna eat an egg for every "Smooth."' And then I went, 'Sure, yeah, OK, sounds great.' It's too many. I'm interested. I wanna see how it goes."

And that's more or less Basler's approach to this entire hare-brained scheme: just put it out there and see how things go. Asked how he intends to top himself in the future, he makes clear that even the nuclear option is on the table when it comes to finding the limits of "Smooth" tolerance.

"I think knowing the number makes it easier for people to go, 'All I gotta do is get to twenty.' So maybe like two years from now we'll just play 'Smooth' until we stop," he suggests.

"I'll do a dumb joke as many times as people want me to."