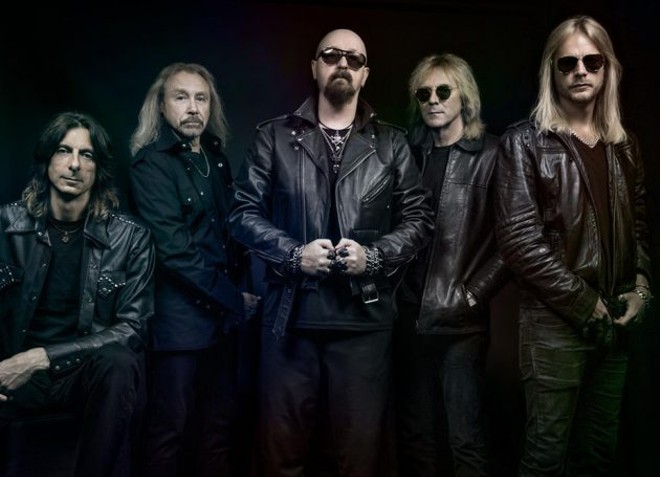 Tangled Up in Lou: A Tribute to Bob Dylan
8 p.m. Saturday, June 1. Delmar Hall, 6133 Delmar Boulevard. $15 to $20. 314-726-6161.
As the man of a thousand poses leans hard into his 80s, what the hell is left to say? Bob Dylan is 78, he’s on the road, and at any given second in any given town, someone somewhere is singing his songs. In St. Louis, tributes to the laureate who never asked for your garlands or crutch are common, but when the likes of Brothers Lazaroff and Sean Canan’s Voodoo Players tackle his catalog it’s always worthy of note. To celebrate his recent birthday, the bands will be joined by a crazy eclectic array of guests — including Tonina, Anita Jackson, Gary Hunt, Larry “Fallout” Morris of Illphonics and more — and you can be confident they won’t just cover the hits. The songs still have a lot to say, especially when channeled by musicians of this caliber.
Tangled Up in Blues: You’ve probably heard the St. Louis Blues are battling the Bruins for the Stanley Cup; this night overlaps with the start of their home-ice matches. Fear not: The game will be on the big screen at Delmar Hall, and the music will start after the victory.
—Roy Kasten

Judas Priest
7:30 p.m. Monday, June 3. Stifel Theatre, 1400 Market Street. $55.50 to $121.50. 314-499-7600.
It’s Judas Fuckin’ Priest, man. What more needs to be said to sell you on this show? This is the band that wrote Painkiller. And British Steel. And Screaming for Vengeance, for fuck’s sake! Did you know Judas Priest is almost solely responsible for heavy metal’s leather-and-studs fashion? Sure, the bandmates took some cues from punk rock for that, but as a wise man in a zebra-striped shirt said when asked about the band in 1986’s immortal Heavy Metal Parking Lot, “Heavy metal rules, all that punk shit sucks. It doesn’t belong in this world. It belongs on fuckin’ Mars, man.” How could you argue with that?
Very ’eavy, Very ’umble: Perhaps the fact that the band is coming with fellow legends Uriah Heep will get you off the fence? This one’s a no-brainer. Head to Stifel Theatre’s parking lot and start pre-gaming now.
—Daniel Hill

Craig Finn & the Uptown Controllers
7 p.m. Wednesday, June 5. Off Broadway, 3509 Lemp Avenue. $16.25 to $30.
314-773-3363.
While the Hold Steady is still a going concern — the venerated Brooklyn band released a new track in 2019 — its lead singer and songwriter Craig Finn rarely sits still long enough to enjoy any breaks from recording and touring. He’s just released his fourth solo record, I Need a New War, and each solo release has seen Finn nurture the verbose, witty but always humane narrators who fill out his songs. Increasingly, he has also embraced melody, rhythm and a more florid style of production than his other band employs, helping to give Finn’s solo work a space to stand on its own.
Twang-Banging: Finn’s headlining set serves as the first night of Twangfest, and the night also features the Delines (featuring members of Richmond Fontaine and the Decemberists) and local quintet Rough Shop.
—Christian Schaeffer