When kicking off a new business venture — a record store within a north county antique mall, let's say — it's always a good sign when you have a line waiting outside the doors before you're even open.

Swimmer is a managing partner of the massive St. Ann-based antique mall, and for the past two weeks, as preparations were being made to open the new record store within its walls, his whole life has been vinyl. Tasked with sorting through the 5,000-piece record collection he and his partners had amassed for the store, he's intimately familiar with the stock on hand.

"Ten days ago there was a pile of 5,000 records there, which was 5,000-records-sized," Swimmer says, pointing to a corner of the shop.

Adds fellow managing partner Lindsey Richert, "We stuck Graham in the room for the past two weeks and just said, 'You stay,' until all this was sorted and stickered."

That pile of records, sourced from a few private collections as well as from Record Exchange's massive stock with the help of that store's owner, Jean Haffner, accounts for only about half of SOHO's total inventory. The rest of it comes from individual vendors renting out kiosks, following a model similar to that of the larger mall. Each kiosk can hold up to 800 records, and rents for $50 to $75 per month. 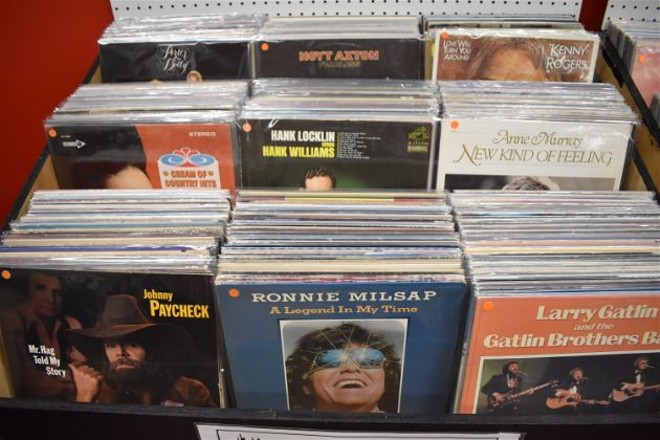 "Jean is a great guy, the guy who owns the Record Exchange, and I'm not saying this as hyperbole: He's sitting on one of the greatest collections in America of vinyl," Swimmer explains. "So he advised us on how to buy collections. We bought a couple collections from private people and we filled in all the rest with stuff from Jean — he's sitting on so much. He's also been working with a guy that owns a place called Monster Vinyl in Collinsville; it's a record store with a horror theme. So between Monster Vinyl, private collections we bought, buying from Jean and renting out spaces to the vendors, that's how we filled out the whole space."

In total it makes for between 10,000 and 11,000 pieces of vinyl, Swimmer estimates. And that's not counting the records for sale in booths throughout the larger mall, which Swimmer says account for another 1,000. Small signs inside the record store helpfully indicate which booths sell music, and Swimmer hopes that by sending people to venture outside of the record store and through the antique mall, people might find some other goodies they can't live without.

"It's to spread the love around, make sure that if you come in here for vinyl you get to see it all," Swimmer says. "Besides the fact that after you walk up and down the aisles, you're going to leave with a lamp or something."

Predictably, with records coming from so many different sources, the end result is a pretty wild mix. Light on new releases in favor of golden oldies, the store is heavy on country records (Hank Williams, Johnny Paycheck, Kenny Rogers) as well as rock (Molly Hatchet, Vanilla Fudge, Black Oak Arkansas) and soul/funk (Bootsy Collins, Commodores, Rick James), with a smattering of hip-hop to round it all out (Sugarhill Gang, Eric B. & Rakim, Kool & the Gang).

There are also some oddities that Swimmer unearthed along the way.

"My favorite of the last few weeks has got to be Zingers From the Hollywood Squares, where it's just like the best questions and answers," he says. "Paul Lynde, Redd Foxx. The Red Foxx is fantastic. He says, 'Redd, are most stolen cars recovered?' And he says, 'I had one recovered in zebra once.'"

Richert points to a kiosk in the corner, which she says contains a lot of '80s aerobic workout records.

"There's one that has Stan Musial on the cover in his windbreaker doing sit-ups," she says. "It's brilliant. The most random things. Something about workouts for new moms. It's quite the dollar bin."

Even outside that bin, the records are affordable. According to Richert, fully 90 percent of the store's stock is priced at less than $10, with 60 percent landing between $1 and $3. In all, it makes for a unique shopping experience in St. Ann — one that brought in plenty of customers for its opening weekend.

"Which is exactly what we were trying to pull off," he adds. "The receipts like that made my heart happy." 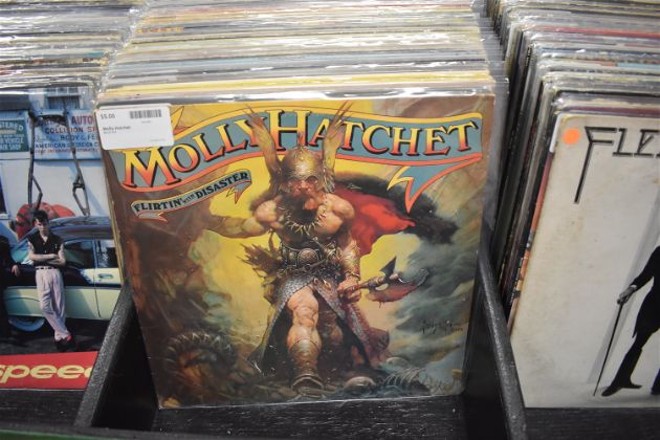 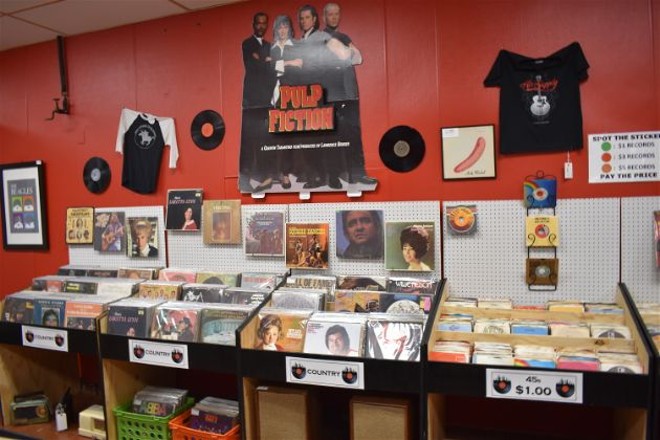 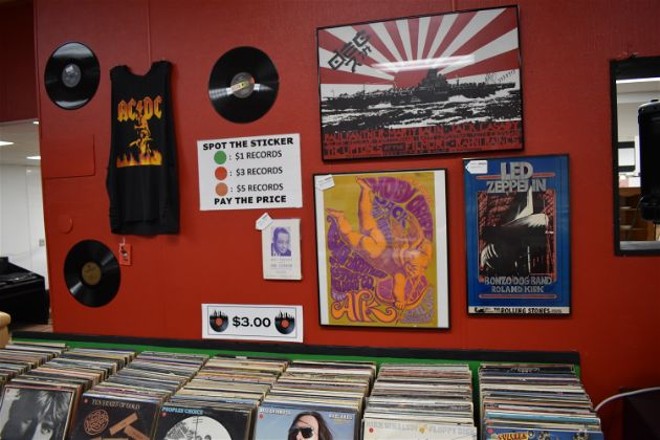 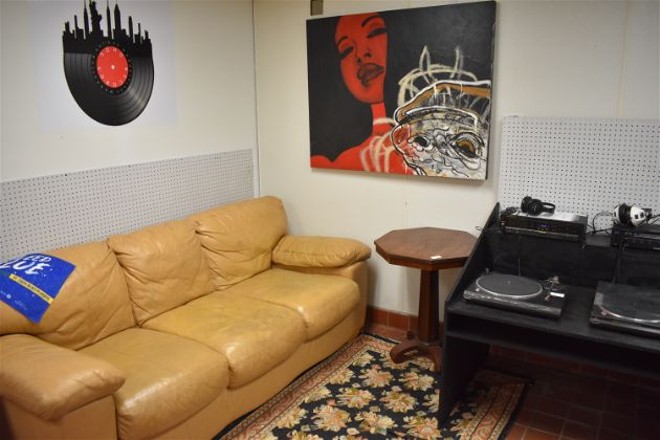