Riverport's Nightmarish Traffic Situation a Thing of the Past, Owners Claim 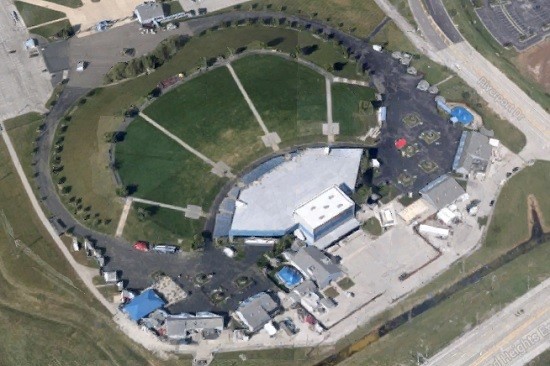 Ask anyone who has attended a concert at Hollywood Casino Amphitheatre Riverport at any time in the last few decades what the worst part of the experience was and you're sure to hear a familiar answer time and again. No, we're not referring to the exorbitant price for a beer — though that's a conversation dying to be had as well. We're referring to the nightmarish traffic snarl to which attendees are subjected at the close of each show.

Over the years, hundreds of encores have been missed by fans who are desperate to not spend several hours trapped in a parking lot. Horns have been honked, fellow concert-goers have been screamed at in frustration, and children and adults alike have been brought to tears by the sheer unfairness of it all.

It's long been assumed nothing could be done to alleviate the situation — we're talking about a 20,000 capacity venue, after all, with the vast majority of that crowd attempting to head to their cars and homes at roughly the same time upon the concert's end. For years, your choices have been to either bite the bullet or simply stay home.

But now, the venue's owners say, that traffic is a thing of the past.

In preparation for the 2019 concert season, Live Nation, owner and operator of Hollywood Casino Amphitheatre, hired Kimley-Horn and Associates, which they identify in a press release as "one of the nation's premier parking and transportation strategic planning and management consultants" (the Lord's work, truly), tasking the firm with improving the seemingly hopeless situation.

They then took Kimley-Horn's insights and partnered with the casino and city administration to implement its recommendations. The new parking and traffic plan was unveiled on April 26 for the Zac Brown Band concert — and according to those involved in its implementation, the changes worked.

"We are very pleased with the initial results of the newly improved traffic procedures put in place with the cooperation and assistance of the Maryland Heights Police Department last weekend," Michael Jerlecki, vice president and general manager of Hollywood Casino, said in a statement. "We think, going forward, these improvements will make for a much more pleasant experience for our concert guests."

A press release spells out some of the changes that were made. From that release:

- Additional police presence on Riverport Drive South to keep cars from stopping to drop off passengers, prevent jaywalking and direct cars and foot traffic near the Magellan parking lot entrance/exit


It remains to be seen whether these changes will actually make a substantive difference or if, rather, we're being misled by the hype of the venue's owners and operators. But if things are even 50 percent better than they've been in the past, that's going to amount to a whole lot of happy St. Louis music fans.

Sounds great, Frank! Now while we're at it, let's talk about those drink prices....