100 bands, ten stages, one weekend. ShowcaseSTL is an event where local legends, longtime favorites and fresh faces all converge in the Grove for a marathon of live music, taking place this year on Saturday, June 22 with a kick-off party on Friday night, June 21.

Not only did we poll the public on this city's unsung heroes, we took submissions from the artists themselves and even formed a committee to build the best festival yet.

So for the next month we're rolling out the full lineup in four waves, all complete with links to listen and explore each performing artist. Watch for further coverage of these acts and more as we get closer to the date of the fest.

Without further ado, here is your first look at ShowcaseSTL 2019:

Listen | Instagram
To say that Tonina is on an upward trajectory would be selling the young singer short. From making one of Barack Obama's favorite songs of 2018 to being named one of last year's best new artists by NPR, no one in St. Louis is turning heads like Tonina. Catch her on the main outdoor stage at Atomic Cowboy on Saturday, June 22.

Listen | Instagram
Outspoken rapper T-Dubb-O has been covered by Hip Hop Weekly, Ebony, XXL and Rolling Stone, as well as appearing on MSNBC, TeleSUR English, BET and BET France. He's performed at AC3 and SXSW, and his activism led him to speak at the Drug Policy Reform Conference and even have multiple meetings with Barack Obama during his presidency. In recent months T-Dubb-O has even added tastemaking radio personality Sway as a fan, making appearances on his radio show to spit bars. He'll be one of the dozens of acts performing at ShowcaseSTL in June.

Listen | Instagram
Fresh off a European tour with Season of Mist labelmates Misery Index, the Lion's Daughter will bring its heady mix of blackened progressive metal to the Grove this year. The band has long been one of the best St. Louis has to offer — metal or otherwise — and with the release of last year's stunning LP Future Cult, the rest of the world is finally catching on too. 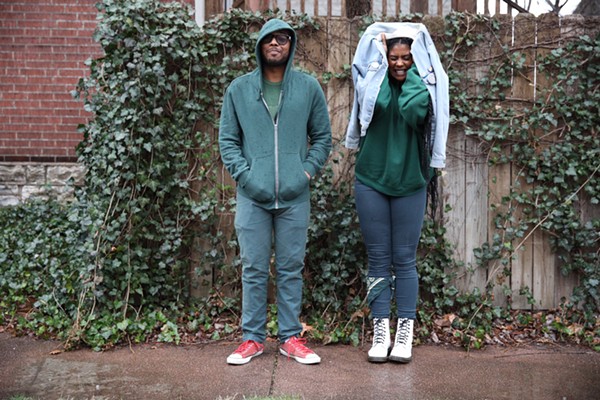