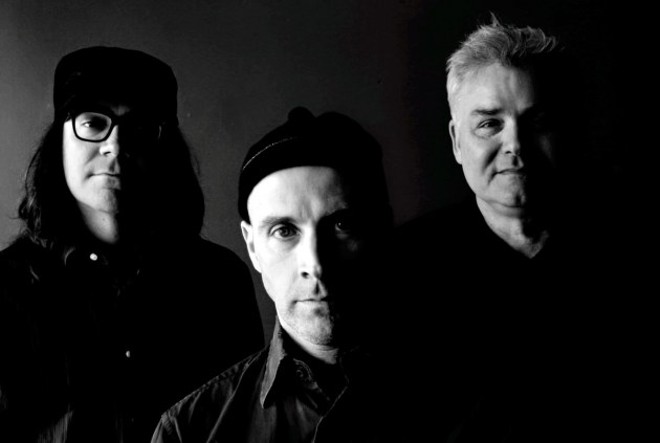 18andCounting w/ Grace Basement, Emily Wallace, Banana Clips
8 p.m. Thursday, March 7. The Firebird, 2706 Olive Street. $8 to $10. 314-535-0353.
For our money, the surest and easiest way to bask in the diversity of sounds that form St. Louis’ immense body of musical talent is to attend RFT’s annual music showcase, ShowcaseSTL. Not to pat ourselves on the back too hard or anything, but with more than 100 local bands of all genres, it’s simply a no-brainer. But for those unwilling to wait until June, you could do far worse than this Thursday night show to soak in the city’s wide range of styles. Some of St. Louis’ finest join forces for an eclectic lineup that includes the airtight folk-rock of Grace Basement, the experimental hip-hop of 18andCounting, the unparalleled voice of singer-songwriter Emily Wallace and the impossibly catchy lo-fi garage rock of weirdo newcomers Banana Clips.
More of This, Please: Too often all-local shows tend to consist of like-minded, similar-sounding bands, which can make for a less interesting or rewarding experience. It’s far better to shake things up.
—Daniel Hill

The Messthetics
8 p.m. Saturday, March 9. Off Broadway, 3509 Lemp Avenue. $12. 314-773-3363.
For all the rightly-earned praise that Fugazi co-leaders Ian MacKaye and Guy Picciotto earned for leading that band with uncompromising punk ethos and empathy, the band’s rhythm section was just as inspirational in shaping the sound of innumerable bands that followed. Drummer Brendan Canty and bassist Joe Lally are playing together once more in the instrumental trio Messthetics, offering a sometimes-mathy, sometimes-ethereal backbone for guitarist Anthony Pirog. The band’s self-titled debut (issued by Dischord Records, naturally) shows the trio walking the line between the thrill of improvisation — Pirog’s avant-jazz chops are on display — and the sturdy discipline of intersecting patterns.
Resonant Frequencies: Helen Money, the project of Los Angeles-based cellist Alison Chesley, modulates her instrument’s natural resonance with piles of feedback and effects to make a can’t-miss double bill of instrumental experimentation.
—Christian Schaeffer

Vandoliers
7:30 p.m. Sunday, March 10. Off Broadway, 3509 Lemp Avenue. $12. 314-773-3363.
There was a time when one knew what to expect from the Bloodshot label, the standard bearer for all that’s twisted, bent and frequently beautiful about alternative country. That time is gone. Since its founding in 1994, the Chicago joint has gone on to release any and all manner of sounds shy of synth pop, though if Jon Langford made an EDM album he’d probably get a pass. Enter Vandoliers, Bloodshot’s latest twang-and-stomp heroes, and its excellent full-length Forever, a classic synthesis of insurgent string-band jams and surging honky tonk, with flashes of mariachi horns just for the hell of it. Anchored by Joshua Fleming’s wheezy shout-singing and a collective vow to fuck your Americana mid-tempo bullshit, the band serves to remind that the alternative country genre isn’t played out. It can still play for keeps.
World Weary and Wise: Austin Lucas has plied his honky-tonk songwriter trade everywhere from his native Indiana to his adopted home of Prague and back again. His opening set, along with St. Louis’ own Old Capital Square Dance Club, is highly recommended.
—Roy Kasten