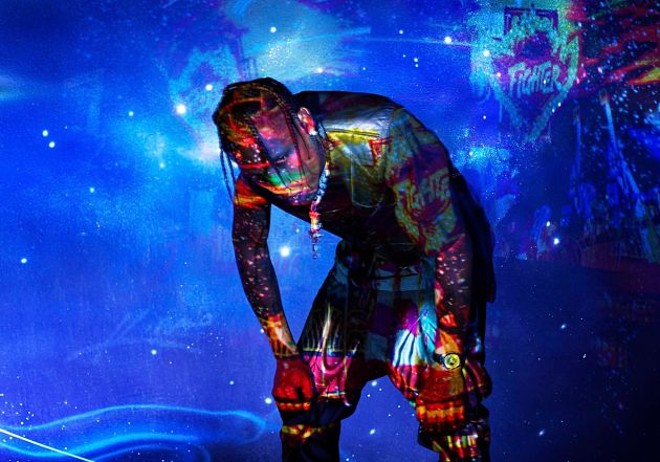 The Love Language
8 p.m. Sunday, February 17. Blueberry Hill’s Duck Room, 6504 Delmar Boulevard, University City. $12 to $14. 314-727-2277.
The central problem facing indie rock in the age of big data and biblical floods of streaming isn’t just how to get paid. It’s how the fuck to get anyone to listen for more than 30 seconds. Stuart McLamb, leader of the Love Language, may not have a plan, but he does have a sound that grabs you by the brain and heart and, on last year’s frenetic and sprawling Baby Grand, the body. A wall of guitars and synths and jacked-up reverb surrounds his lyricism, as if the Flaming Lips and Grizzly Bear were the only soundtracks to his lovelorn alienation. But he still believes in dancing, smoother and cooler and less self-conscious than most bands on the Merge label. With ambition and hooks, the music of the Love Language will speak to the most jaded of indie hearts.
Fade to Black: St. Louis quartet the Fade kicks off the night with the dark, dreamy rock showcased on last year’s widely celebrated full-length Good Dream Gone.
—Roy Kasten

Travis Scott
7:30 p.m Monday, February 18. Enterprise Center, 1401 Clark Avenue. $26.95 to $96.95. 314-241-1888.
Fresh off of his performance during the Super Bowl halftime show, in which he effortlessly stole the spotlight from headline act Maroon 5 (not a difficult feat, if we’re being honest), Travis Scott brings his Astroworld tour to St. Louis. The “Sicko Mode” rapper’s May album is a kaleidoscopic head trip of a release, overflowing with psychedelic visuals and hard-hitting beats, all with an amusement-park theme. That theme will carry over to his performance at Enterprise Center this week, which will include a stage complete with a roller coaster and Ferris wheel.
Shout at the Daredevil: During performances on this tour, Scott has made a habit of strapping himself into the aforementioned roller coaster apparatus and continuing to rap as it slowly does loop-de-loops. This was enough for occasionally upside-down Motley Crue drummer Tommy Lee to protest, taking to social media to call Scott a “fucking idiot” and accuse him of stealing his ideas. Scott’s fans responded on behalf of the rapper by making it clear they have absolutely no clue who Tommy Lee even is.
—Daniel Hill

Anderson East
8 p.m. Tuesday, February 19. Delmar Hall, 6133 Delmar Boulevard. $20. 314-726-6161.
St. Louis audiences got an early glimpse of Anderson East’s talents a few years ago when the relatively unknown singer opened for the Lone Bellow at the Sheldon Concert Hall. His mix of Americana vibes and soulful vocals was an immediate hit (and a cover of “Bring It on Home to Me” didn’t hurt), and since then East has served as a bridge between fans of Jason Isbell and Leon Bridges. Last year’s Encore lets his supple, just-weathered vocals sit against dusty grooves and the routinely ace production choices of Nashville’s Dave Cobb, as well as some co-writes with Chris Stapleton and Ed Sheeran. But no matter the setting, East’s voice retains its magnetic, mutable presence.
Super E.G.O.: British roots singer Lucie Silvas will open the show, playing cuts from last year’s E.G.O.
—Christian Schaeffer