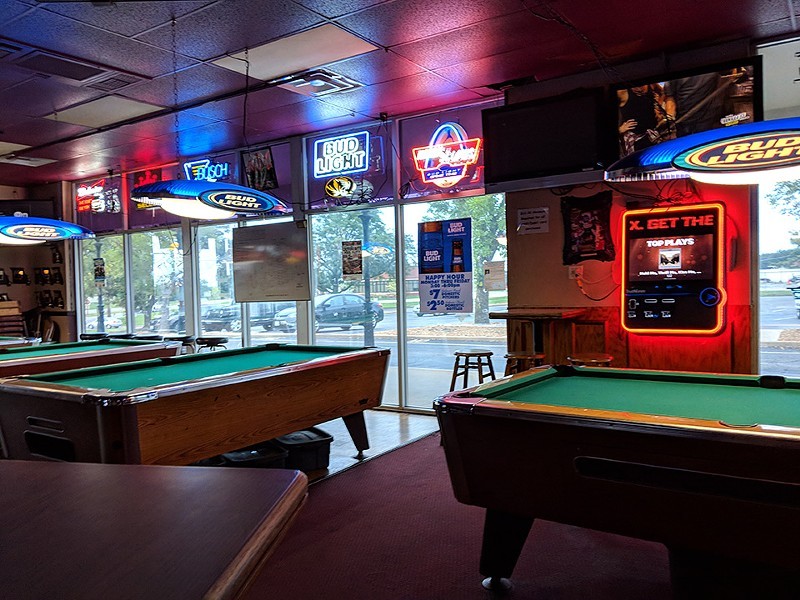 JP's Corner Bar (11890 Gravois Road, 314-842-1996) was hit with a lawsuit last week by Broadcast Music Incorporated, or BMI, which accuses the Sunset Hills watering hole of allowing bands to perform copyrighted cover songs within its walls despite not being licensed to do so.

The suit was filed last Thursday. The performing rights organization, which licenses more than 12 million copyrighted compositions on behalf of composers, songwriters and publishing companies, accuses JP's of willfully infringing upon the copyrights of six songs under its purview by allowing bands to perform covers at the bar.

All six of the offenses allegedly occurred on the same day: September 7, 2018. The tracks that were allegedly performed are listed in court documents:

-"Ain't Too Proud To Beg" by songwriters Eddie Holland and Norman Whitfield, written in 1966 and made famous by the Temptations

-"Get Down Tonight" by songwriter Harry W. Casey, written in 1976 and made famous by KC and the Sunshine Band

-"Get Up (I Feel Like Being a) Sex Machine" by songwriters James Brown, Bobby Byrd and Ronald Lenhoff, written in 1970 and made famous by James Brown

-"I Can't Help Myself (Sugar Pie Honey Bunch)" by songwriters Brian Holland, Lamont Dozier and Eddie Holland, written in 1965 and made famous by the Four Tops

-"You Really Got Me" by songwriter Ray Davies, written in 1964 and made famous by the Kinks

-"I'm Your Boogie Man" by songwriter Harry Wayne Casey, written in 1976 and made famous by KC and the Sunshine Band

BMI claims in court filings to have reached out to the bar more than 30 times via phone, mail and email since August 2017, even delivering cease-and-desist notices.

BMI is one of three major performing rights organizations, or PROs, whose primary function is to collect license fees on the behalf of its clients, which are then distributed as royalties to the owners of the songs. (The American Society of Composers, Authors and Publishers, or ASCAP, and the Society of European Stage Authors and Composers, or SESAC, round out that list.)

Some of the work the organizations do is noble — securing payment for artists whose works are used in television and movies, for example — but the industry's practice of sending spies to bars and restaurants to sniff out and heavily fine small business owners has generated a fair amount of criticism. The fees can be difficult for businesses to absorb; in some cases the venues are forced to close their doors. Proponents of the system argue that if the bars simply paid their monthly licensing fees they would have no issues.

Beale on Broadway was one St. Louis bar that came into BMI's sights, back in April 2017. Its situation was similar to the one at JP's, with five songs identified as part of BMI's repertoire that were played without a permit. The venue reportedly settled out of court for an undisclosed sum, but ended up shuttering last month. No specific reason was given for the closure.

JP's Corner Bar did not respond to an email nor return a phone call requesting comment last week.