No Charges for St. Louis Rapper Who Threatened to Shoot Lil Xan at the Pageant 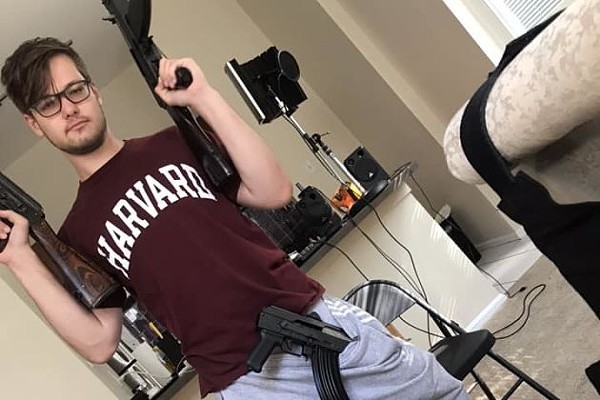 A St. Louis rapper whose viral video threatening to shoot California rapper Lil Xan got the latter's October performance at the Pageant canceled will not be charged with a crime.

In the video, which was picked up by TMZ, 21-year-old St. Louis rapper VladHQ can be seen firing two Ak-47s into a lake while threatening Lil Xan. “Hey Lil Xan, I want my smoke tomorrow October 10 at the Pageant, you little bitch," he says in the video. "Where the fuck you at?"

The day of the event, VladHQ also posted a photo of himself surrounded by weapons, with the caption “hi Lil Xan see ya later at your show."

That was enough for the Pageant to cancel the show, citing safety concerns, followed by midtown venue Fubar canceling a planned VladHQ show for the same reason. St. Louis police soon opened an investigation into the matter.

Now, according to TMZ, that investigation has been closed. The celebrity gossip site says law enforcement sources tell them the two rappers' camps had a sit-down, after which Lil Xan told police he would not pursue criminal charges. The reason for the incident is said to have been a dispute over money.

"Sources close to the situation tell us Xan's associates told Vlad he was taking the wrong approach to settle their differences," the TMZ report reads. "Once Vlad made it clear he understood, both sides agreed to squash the beef."

It's good news for each rapper. Lil Xan, who takes his name from the oft-abused anxiety drug Xanax, has enough going on after checking himself into rehab a month ago to battle an addiction to opioids following the high-profile drug-related deaths of fellow rappers Lil Peep and Mac Miller. VladHQ, meanwhile, gets to not go to jail.