The 5 Best Concerts in St. Louis This Weekend, December 28 to 30 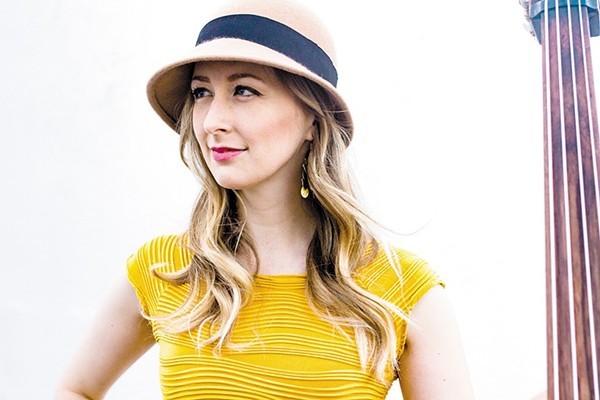 JD Hughes w/ Janet Evra, Big Mike’s Soul Blues Jam, Two Cities One World
7 p.m. The Bootleg, 4140 Manchester Avenue. $10. 314-775-0775.
St. Louis has a long list of year-end traditions happening this weekend — El Monstero, the Schwag, Pokey LaFarge, to name a few — but JD Hughes can compete with any of them. His fourth annual Soul Soup Concert offers up a hearty helping of the blues alongside funk and soul fusion for a show benefiting the St. Louis Area Foodbank. Hughes himself pulls out all the stops, with both a solo set of acoustic songs and a full-on Steely Dan tribute, for which he’ll be joined by his backing band the Fuze along with a special appearance by Brother Francis of Brother Francis and the Soultones.

New Wave Music Group Launch Party w/ Tigg, Luh Ron
8 p.m. Fubar, 3108 Locust Street. $10. 314-289-9050.
No, not that kind of new wave. The brains behind this new label aim to reclaim the name for a broader purpose: to push a new movement of Midwestern rap, trap and outsider hip-hop. This kick-off party features Tigg in a big way, as he headlines a ten-act lineup with St. Louis rapper Luh Ron as the special guest. Local artists take note: The new label is on the lookout for talent, and a big part of this launch is the open mic from 8 to 9 p.m.

Nordista Freeze w/ Future Crib, Pealds, Dewdrop
9 p.m. CBGB, 3163 South Grand Boulevard. $5. No phone.
Maybe it’s the raucous parties he throws in his hometown of Nashville or his annual Freezefest, but Nordista Freeze’s reputation as a promoter and partier tends to outshine just how good his own musical output really is. Not that his penchant for throwing a good show is separate from his life as a songwriter; Freeze and his band inject a party vibe into sonic set pieces that are full of grand musical gestures. The result is a theatrical kind of rock opera that can feel up close and personal with Freeze’s sweet, off-center singing or huge and foreboding with a keen sense of progression. For all its grandiosity, Nordista Freeze still feels fun and accessible, which is a balance most bands of this ilk fail to keep.

A Christmas Hangover w/ Cree Rider, Cara Louise Band, Donald Woodyard, Inc., The Sons of Ill Repute, The Fighting Side, Carson C. Mann
8 p.m. The Livery Company, 6728 South Broadway. Free. 314-558-2330.
With many homeless shelters shuttered by the city, members of the music community — in this case Brad and Auset Sarno — are helping to provide those in need with warm clothes. This show is to the benefit of For the People Homeless Outreach: Bring blankets, hand warmers or cash. Even without the charity, though, this show provides a rare retreat of Americana, folk and many flavors of rock. And although “A Christmas Hangover” is a tidy enough tagline, we reckon this show will cause many more hangovers than whatever goes down on Christmas.

Beau Diamond and the Collective Dream Band Release Show w/ joebryant., People Seen in Cars, Fight Back Mountain
9 p.m. Foam Coffee & Beer, 3359 South Jefferson Avenue. $5. 314-772-2100.
You might associate the name Beau Diamond with a sound that’s hard to place. Living in that middle-ground between folk and garage rock, Diamond and the Collective Dream Band help make up the bedrock of St. Louis music. This city has such a good reputation for grooming opening acts and providing local lineups for national shows, but Diamond and company seem poised to become the center of attention, not just support. Produced and recorded by Ryan Wasoba at Bird Cloud, Analog Soul in a Digital Age shows that Diamond’s solid songwriting has hit its prime — with the spacefaring-single “Coffee Thoughts” serving as proof positive.